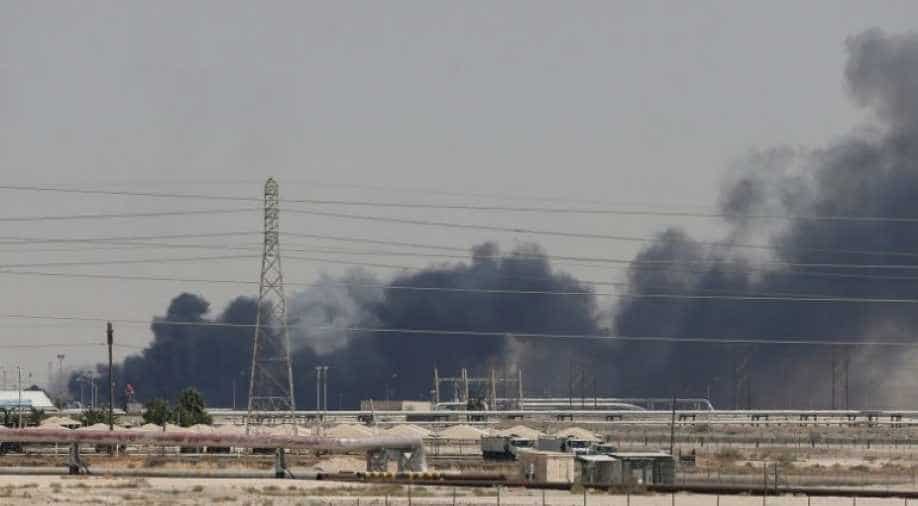 The Saudi energy ministry said an oil storage yard at Ras Tanura, the site of an oil refinery and the world’s biggest offshore oil loading facility was attacked with a drone.

Yemen's Houthi rebels fired missiles and drones at the heart of Saudi Arabia's oil industry on Sunday, attacking a Saudi Aramco facility Ras Tanura and military targets in the Saudi cities of Dammam, Asir and Jazan.

The Iran-aligned group's military spokesperson said that the group fired 14 drones and eight ballistic missiles across the border.

"The artillery and drone divisions were able to conduct a wide offensive in the depths of Saudi Arabia with fourteen drones and eight ballistic missiles of which were 10 Sammad-3 drones and 1 Zulfiqar missile which targeted Aramco in Ras Tanura port and other military sites in Dhammam," Yahya Sarea,  Houthi military spokesman said.

The Saudi energy ministry said an oil storage yard at Ras Tanura, the site of an oil refinery and the world’s biggest offshore oil loading facility was attacked with a drone. The ministry said that the attack came from the sea.

The area targeted is home to most of Saudi's Aramco's oil production and export facilities. The attack comes after the Saudi led-coalition fighting the Houthis intercepted ten drones launched by the Iran-backed rebels on Sunday.

The coalition conducted airstrikes on Yemen's Huthi controlled capital Sana'a. The fighting has also intensified on the ground in Yemen in Marib and Taiz regions. The Houthis have recently stepped up cross-border missile and drone attacks on Saudi Arabia.

The Iranian-aligned rebel group is battling the Saudi-led military coalition since it intervened in Yemen's civil war in 2015, several countries including the United States have been trying to use diplomatic channels to end the conflict.