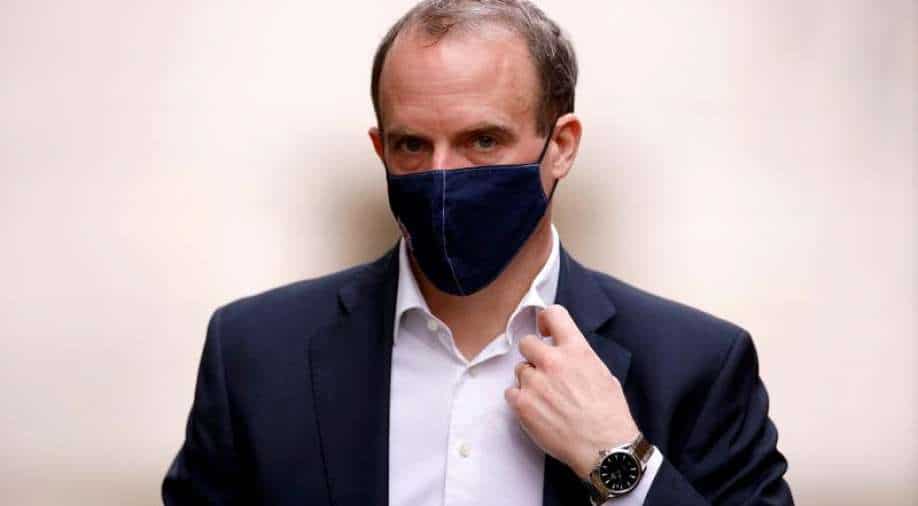 The Saudi-led coalition fighting Yemen's Houthi group said it had thwarted the attack, and destroyed six armed drones launched towards cities in the kingdom's south

British Foreign Secretary Dominic Raab on Sunday condemned a ballistic missile attack by the Houthis on the Saudi capital Riyadh.

The UK condemns the latest Houthi missile and drone attacks targeted at Saudi Arabia and Marib. These put innocent lives at risk, and show that those responsible are not serious about peace, let alone protecting the Yemeni people

The Saudi-led coalition fighting Yemen's Houthi group said it had thwarted the attack, and destroyed six armed drones launched towards cities in the kingdom's south.

Six drones aimed at targeting "civilians and civilian objects" were launched towards Jazan and Khamis Mushait, the coalition said in a statement carried on Saudi state media.

The Iranian-aligned Houthis subsequently said they had deployed a ballistic missile and nine drones at "sensitive targets" in Riyadh and six drones at military sites in Abha and Khamis Mushait.

Debris from the intercepted missile caused material damage to one house in Riyadh but there were no injuries or deaths, the kingdom's general directorate of civil defence said in a statement carried on state news agency SPA.

The Saudi-led coalition intervened in Yemen in March 2015 after the Houthis ousted the internationally recognised government from power in the capital, Sanaa.

The movement, which controls northern Yemen, has recently stepped up cross-border attacks on Saudi Arabia.