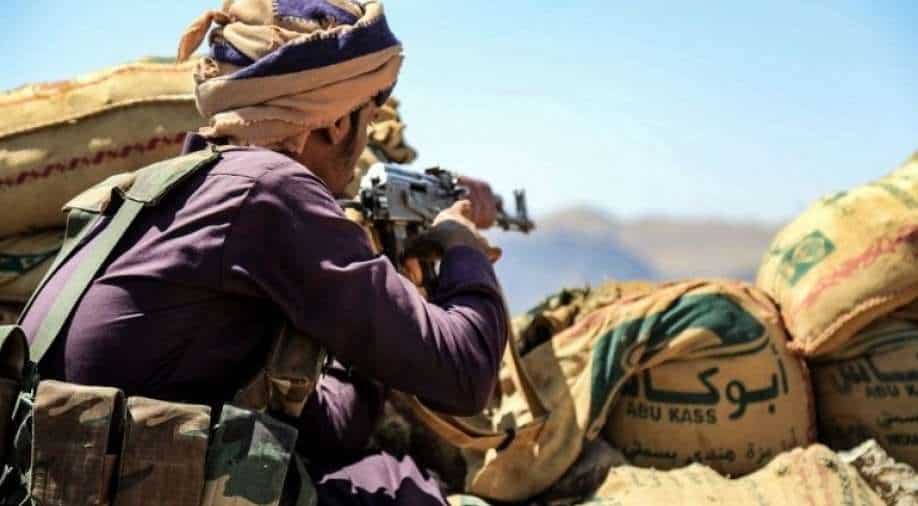 Named as Arend-Adolf G. and Achim A., both German nationals and former members of the Bundeswehr, the two men are accused of starting to plan their "terrorist organisation" in early 2021

The two men had taken steps to "create a paramilitary unit of 100 to 150 men" composed of former police officers and soldiers, the Karlsruhe federal prosecutor's office in southwestern Germany said.

Named as Arend-Adolf G. and Achim A., both German citizens, the pair are accused of starting to plan their "terrorist organisation" in early 2021.

Arend-Adolf G., who was allegedly responsible for recruitment, had already contacted at least seven people in the hope of bringing them on board "to intervene in the civil war in Yemen", the prosecutors said.

Both suspects were "aware that the unit they were to command would inevitably have to carry out acts of killing during their mission" and also expected civilians to be killed and injured, the prosecutors said.

They had been hoping to secure funds from Saudi Arabia for the project and were intending to pay members a monthly wage of 40,000 euros ($46,000) each.

Achim A. is accused of contacting representatives of the Saudi Arabian government and trying to arrange a meeting, but the prosecutors said the government did not respond.

A Saudi-led coalition has for years been fighting against so-called Huthi rebels in Yemen, who are in turn supported by Iran.

The two suspects had wanted their unit to help bring peace in Yemen by pushing for negotiations between the Huthi rebels and the Yemeni government, according to the prosecutors.

The pair were arrested by special forces on Wednesday morning in the southwestern district of Breisgau-Hochschwarzwald and in Munich. They later appeared before a judge and were remanded in custody.

The suspects' flats were searched in Munich and in the southern German district of Calw, and further properties were also searched in Baden-Wuerttemberg and Bavaria.

A spokesman for the defence ministry said it was "working very closely with the investigating authorities" on the case, but the two suspects were "not members of the Bundeswehr in the last quarter of a century".

The German government has been worried for years about some soldiers going rogue, especially those connected to far-right groups.

In early October, the army suspended soldiers in its ceremonial guard over suspicion of sexual aggression and sympathy with the far-right.

The elite KSK commando force was partially dissolved in 2020 after munitions were stolen and members were seen performing a Hitler salute at a party.

In May, the trial opened of a German soldier who allegedly plotted to attack prominent politicians while posing as a Syrian refugee -- a bizarre case further fuelling concerns over right-wing extremism.

And in June, a platoon stationed in Lithuania was recalled after accusations of racist and anti-Semitic behaviour.

According to Der Spiegel weekly, Arend-Adolf G. and Achim A. were paratroopers in the Bundeswehr and had later both worked for the controversial security company Asgaard.

Asgaard, which actively recruits former members of special units of the Bundeswehr and the police, came under fire in 2010 for signing a contract with opponents of the Somali government.

It also faced controversy in 2020 after German media exposed it as the hub of a wide-ranging right-wing extremist network.

The Yemeni civil war began in 2014 when the Huthis seized the capital Sanaa, 120 kilometres (75 miles) west of Marib, prompting Saudi-led forces to intervene to prop up the government the following year.

The seven years of conflict have killed or injured at least 10,000 children, according to the United Nations children's fund, UNICEF.