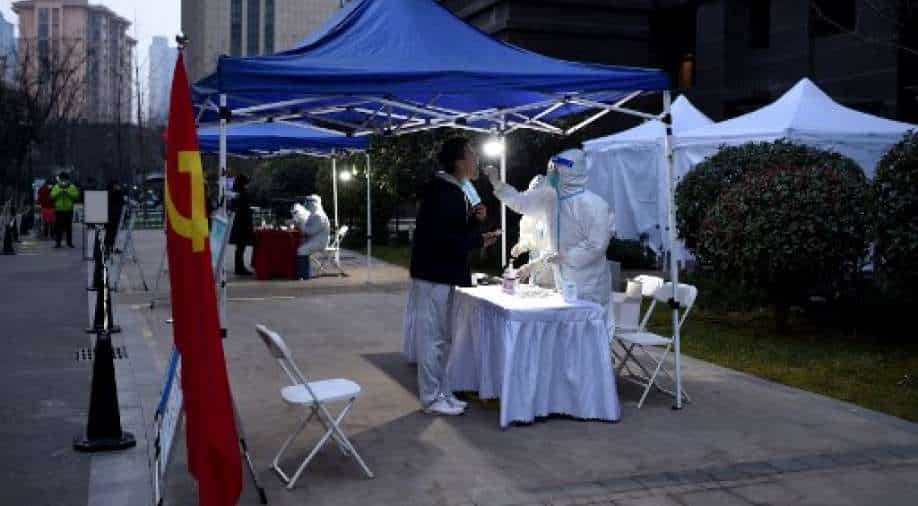 Ten people were punished by the Communist Party in Xi'an for failing to follow COVID-19 protocol which reportedly led to the infection of staff working in a quarantine hotel for overseas travellers.

The Chinese daily said the hemorrhagic fever "shared similarity in early stage symptoms with COVID-19". The report said there were also cases imported from abroad coming in from international flights.

The daily said 26 people and four local party officials were punished after the city reported a case imported from Pakistan.

The report said ten people were punished by the party for failing to follow COVID-19 protocol which reportedly led to the infection of staff working in a quarantine hotel for overseas travellers.

Four people were given "administrative punishment" for not being able to control close contacts of confirmed COVID-19 cases, the newspaper reported.

Chinese authorities have put 13 million people in Xi'an on lockdown while applying strict COVID-19 rules. All domestic flights have been cancelled with just three international flights allowed. Train travel to destinations across China has also been suspended.

China has also confirmed cases of Omicron variant worrying officials with the country set to host the Winter Olympics in Beijing.

People in the city have also been asked to work from home. The city reported 127 COVID-19 cases which were the highest number of cases in a single day as authorities moved to impose restrictions. Reports said the city reported 234 confirmed coronavirus cases in two weeks.

The surge in COVID-19 cases in Xi'an has "spilled over" to four other cities, the Chinese newspaper said noting that Xianyang, Dongguan, Yan'an including capital Beijing recorded new COVID-19 cases.

The newspaper informed that Xi'an is the third Chinese city with a population of over 10 million to experience a lockdown after Wuhan last year and Shijiazhuang in north China's Hebei province earlier this year.

The authorities said there could be further COVID-19 cases in  Xi'an in the coming days as China continues to grapple with the pandemic.