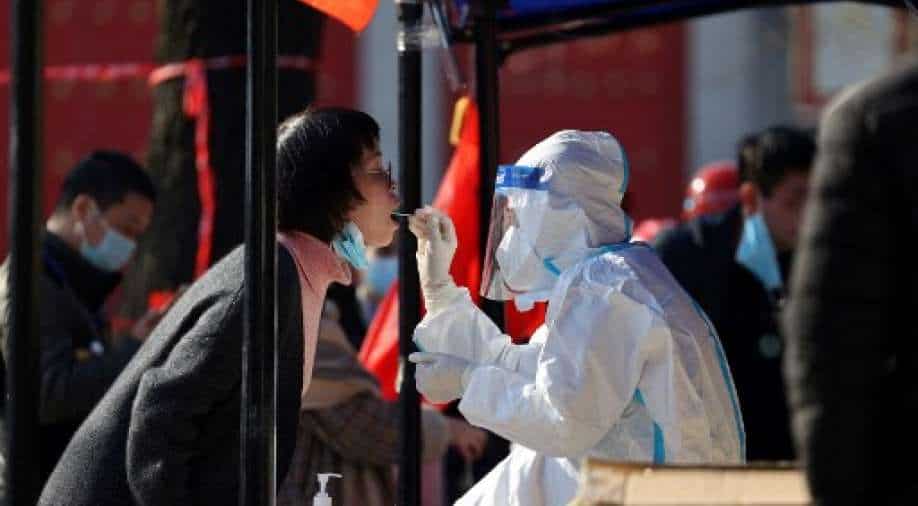 The number of Omicron cases are rising, but the severity is not too high (representative image). Photograph:( AFP )

Chinese authorities had earlier moved to shut areas in Zhejiang province and put thousands under quarantine after an outbreak was reported.

China's National Health Commission (NHC) official  Lei Zhenglong had warned that the country cannot "let its guard down" with the Omicron cases being detected.

Under the new lockdown rules imposed today only one household member will be allowed to go out of the house to purchase essential necessities. The authorities have also put restrictions on residents leaving the city.

The move comes as China continues to battle the Delta variant. Millions of people across the country have been put under lockdown amid local flare-ups of COVID-19 cases.

The authorities had earlier moved to shut areas in Zhejiang province and put thousands under quarantine after an outbreak was reported. The province which is a major export hub had reported 200 COVID-19 cases. The move had severely crippled businesses in the province.

Reports claimed at least 70,000 people were put under isolation as thousands faced restrictions in Zhejiang. Similar measures were also undertaken by authorities in the port city of Ningbo and Shaoxing  as business operations were suspended.

China had reported the first coronavirus to the World Health Organisation(WHO) on December 31, 2019, since then the country has officially reported 4,636 fatalities.

The country has reported one death due to the virus this year amid tough measures as the Xi regime continues to follow the "zero-Covid" strategy ahead of the Winter Olympics which is due to take place in Beijing in February next year.