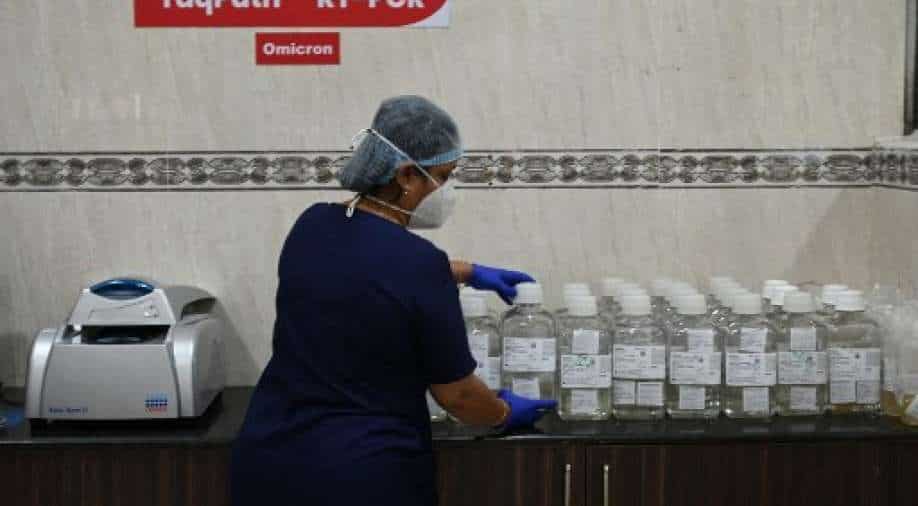 The latest directive comes as India has 213 Omicron cases, with states Delhi and Maharashtra reporting 57 and 54 cases, respectively

Noting that the Omicron variant is three times more transmissible than the Delta, the central government has directed states to activate ‘war rooms’ and impose strict restrictions in districts reporting high positivity rates.

The latest directive comes as India has 213 Omicron cases, with states Delhi and Maharashtra reporting 57 and 54 cases, respectively.

"Omicron is at least three times more transmissible than Delta. Hence, even greater foresight, data analysis, dynamic decision making, and strict and prompt containment action are required at the local and district level," Union Health Secretary Rajesh Bhushan said in his letter to the state governments on Tuesday.

“The decision making at the State/UT and district level must be very prompt and focused and take containment measures and restrictions even before these thresholds are reached,” Bhushan added.

Emphasising the local-level containment to prevent the further spread of the virus, Bhushan said, “Kindly activate the war rooms/EOCs (emergency operation centres) and keep analysing all trends and surges, no matter how small and keep taking proactive action at the district/local level. Regular reviews with field officers and proactive action in this regard will definitely control the spread of infection and flatten the curve.”

“This evidence should be the basis for effective decision making at the district level itself. Such a strategy ensures that infection is contained at the local level itself before it spreads to other parts of the state,” the letter stated.

He provided a framework that states and union territories may use to decide on restrictions to be imposed in any district.

Bhushan said that if test positivity of 10 per cent or more has been reported in the last week in any district, or if the bed occupancy has reached 40 per cent or more on oxygen supported or ICU beds, then states can impose COVID-19 restrictions to prevent further spread of infection.

“In case any one of these parameters are met in any district, district-level containment measures and restrictions may be put in place forthwith. Equally important, the restrictions must be strictly enforced," he wrote.