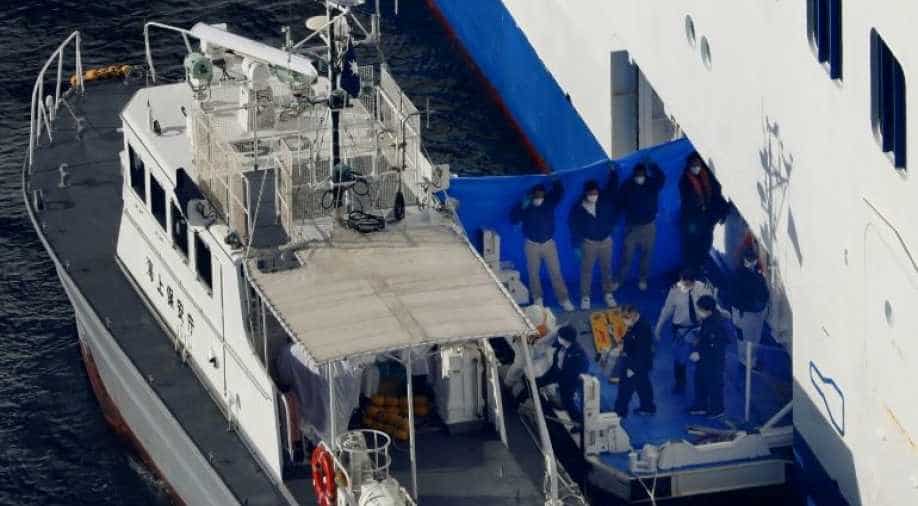 Japan today said that ten people on a cruise ship at the port of Yokohama have tested positive for coronavirus. The figure is expected to rise as more passengers and crew members are screened for the virus.

Japan is in the process of transporting the infected people to a medical facility. According to Katsunobu Kato, the Health Minister of Japan said that around 3,700 people will continue to remain quarantined on-board the Carnival Corp ship for 14 days.

"I want to take sufficient care of the health of passengers and crew and make every effort to prevent the spread of the virus," Kato said.

According to Kato, everybody on the ''Diamond Princess'' cruise had received initial health screening. As part of this process, 273 people were identified for testing. Out of these, 31 results had been confirmed, which revealed the 10 positive cases.

More samples are being taken, with Kato suggesting that remaining passengers and crew would continue to be tested to ensure the symptoms don't show.

According to sources, none of the infected people showed severe symptoms. And three out of the ten are Japanese nationals.

The origin point of the virus on-board has been traced to an 80-year-old Hong Kong man, who boarded the cruise last month and was later tested positive for the coronavirus.

Images and visuals released by people on the cruise show health officials in masks and gowns screening the hallways of the cruise.

Carnival Japan, a subsidiary of the British-American cruise operator, claimed that the ship was delayed by over 24 hours.

Additionally, the company said that the cruises that were set to depart from the Yokohama and Kobe ports this week could be cancelled in the wake of the coronavirus outbreak.

With this update, the infection toll in Japan has reached 33. The epidemic had originated in Hubei province of China, and has killed hundreds of people, with more than 10,000 infected so far.

India to host "Gen Next" leaders from 75 democratic countries