‘Won’t bow down’: Ukraine president vows to fight back against ‘aggressor’ Russia 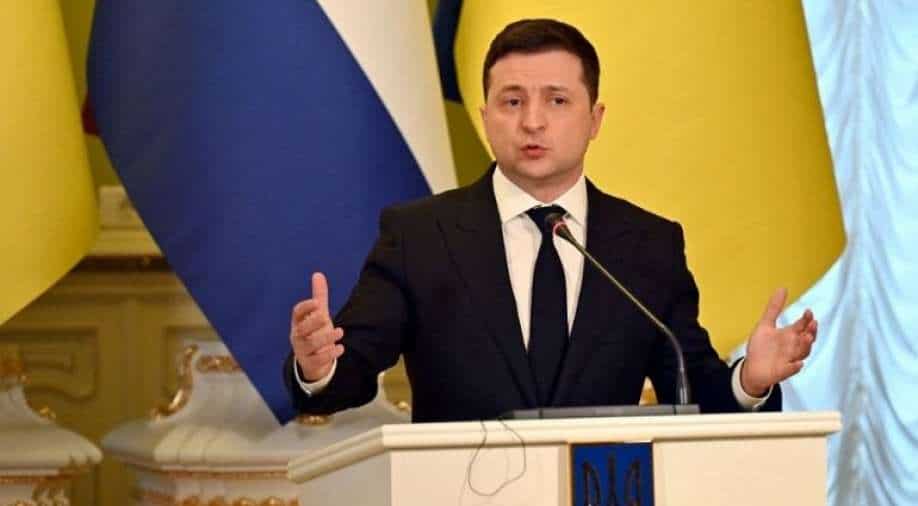 Zelensky also announced that Ukraine has cut its diplomatic ties with Russia, adding that 'it won’t give up its freedom no matter what Moscow thinks'

In a televised address to the nation, Zelenskyy termed the attack an “invasion” and asked people to support the military in repelling attacks against the Russian forces.

“Today, Russia started an invasion of Ukraine. Putin started a war against Ukraine, against the whole democratic world. He wants to destroy my country. He wants to destroy our country, everything we have been building, what we live for. I address all Ukrainians and primarily Ukrainian servicemen who have already taken the first enemy’s strike and are repelling it with dignity,” he said.

Zelensky, 44, appealed to the people with military experience to make themselves available.

“We are aware of Ukrainian armed forces' strength. You are courageous, you are unbroken, you are Ukrainians. I address every Ukrainian who is now staying on Ukrainian land. Let’s not panic. Let’s do everything that is needed to support armed forces of Ukraine. I address all Ukrainians who are currently abroad. We need your support too. You are a powerful force. You are a united force and you proved it many times before. We need you now very much,” the president said.

The president said that he has talked to the world leaders and is international rallying support for Ukraine.

“I talked to (Joe) Biden, (Boris) Johnson, Charles Michel, (Andrzej) Duda, (Gitanas) Nauseda. We start to create anti-Putin coalition. I have already called on world leaders to impose all possible sanctions against Putin, start full-scale defence support, close air space over Ukraine for aggressor. Together, we must save Ukraine, save democratic world. We will do it. Glory to Ukraine,” he said.

Zelensky also announced that Ukraine has cut its diplomatic ties with Russia, adding that “it won’t give up its freedom no matter what Moscow thinks.”

"We have severed diplomatic relations with Russia. For all those who have not yet lost their conscience in Russia, it is time to go out and protest against the war with Ukraine," he said.

Meanwhile, Ukraine has declared martial law in the view of Russia targeting its military infrastructure.

US President Joe Biden pledged new sanctions to punish Russia for the aggression that the international community had expected for weeks but could not prevent through diplomacy.

Putin justified it all in a televised address, asserting that the attack was needed to protect civilians in eastern Ukraine “a false claim the US had predicted he would make as a pretext for an invasion”.