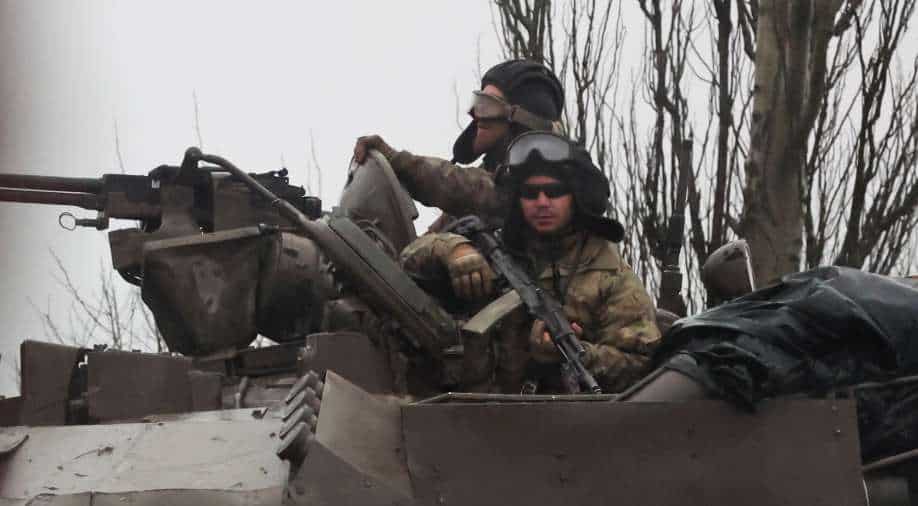 A military truck, with letter 'Z' on it, drives near Armyansk, in Crimea Photograph:( Reuters )

"Shchastya is under control. 50 Russian occupiers were killed. Another Russian plane was destroyed in the Kramatorsk district. This is the sixth," Ukraine's military said.

Meanwhile, an aide to Ukraine President Volodymyr Zelensky said on Thursday that over 40 Ukrainian soldiers and around 10 civilians died in the first hours of Russia's invasion of Ukraine. "I know that more than 40 have been killed and several dozen wounded. I am aware of nearly 10 civilian losses, "presidential administration aide Oleksiy Arestovych told reporters.

The border guards said Russian forces were launching attacks with rockets and helicopters from several directions.

Watch: WION speaks to an Indian student living in Ukraine amid the Russian strikes

Amid the attacks, Russia said it was closing shipping in Azov Sea until further notice.

Also Read in Pics: How Russia uses Spetsnaz as 'tip of the spear'

"In several places, the Russian armed forces have been repelled," the president's adviser added.