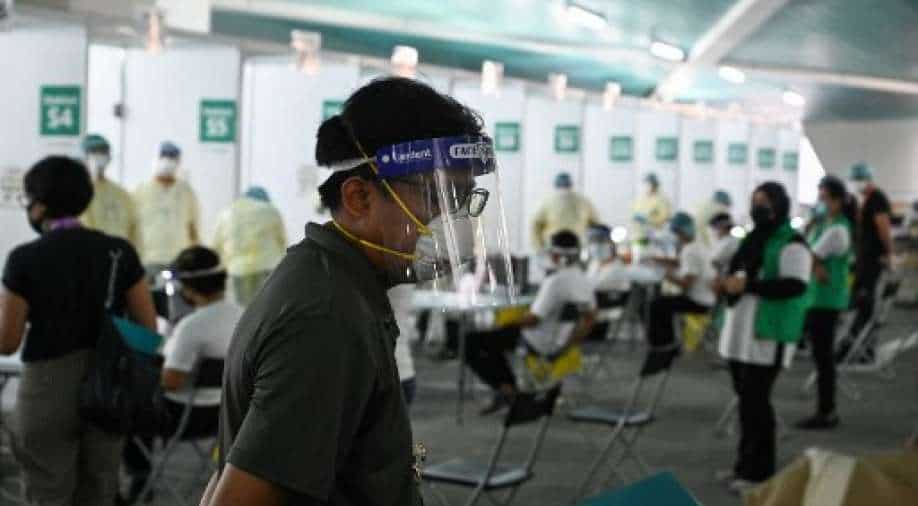 The woman who was admitted in Tan Tock Seng Hospital was confirmed with the virus on April 28 as health officials added that she had a history of hypertension, cancer and other diseases.

An 88-year-old woman in Singapore died on Saturday due to COVID-19 as the country moved to lock down a hospital after detecting coronavirus cases.

There were other cases of the virus reported to an immigration official working at the airport as health minister Gan Kim added that the new cases were a "worrying trend".

At least 34 new coronavirus cases were reported in the country last week with the new cases linked to the TTSH cluster among the elderly aged 70 and above. At least two cases were reported in a dormitory with one of them being a Myanmar national who had arrived in Singapore in January 2020 and an Indian national, according to reports.

The Singapore health officials said 25 COVID-19 cases were imported and were placed on stay at home notice. The Singapore ministry said that there were 111 confirmed cases who are still in hospital, adding that they were stable.

On May 3, 17 COVID-19 cases detected. The country's authorities had moved to quickly lock four hospital wards in Tan Tock Seng Hospital as the coronavirus clusters increased as testing was carried out for the entire hospital staff.

On Friday, the country had announced that it will bar entry of visitors with recent travel history to Bangladesh, Pakistan, Nepal and Sri Lanka

The country has 61,235 confirmed coronavirus cases with 31 deaths in the city of 5.7 million population.

Fuel shortage triggers flight delays at Nevada airport in US