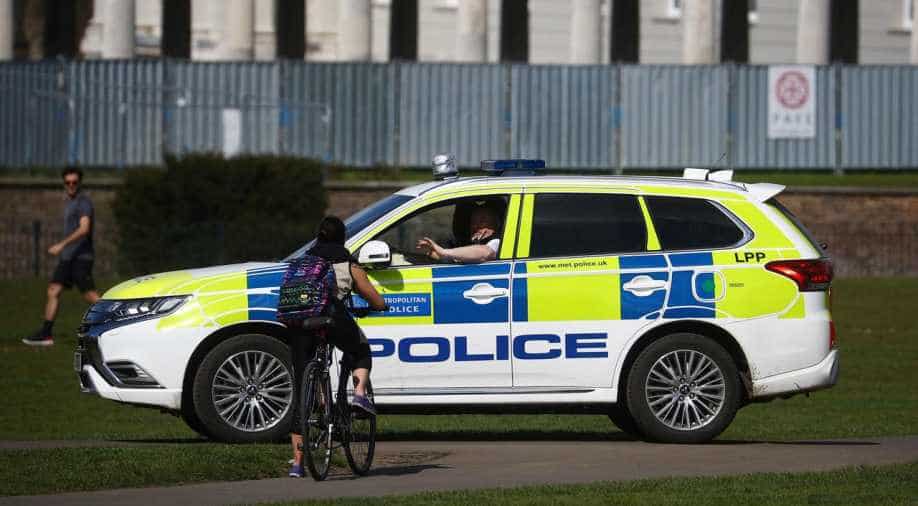 The Metropolitan Police formally declared the attack a terrorist episode, with a potential link to Islamist extremism, but they have not yet identified the man, who they said they believed acted alone

Prime Minister Boris Johnson and other British leaders paid their respects Saturday morning at a church east of London where a Conservative lawmaker was fatally stabbed a day earlier, as the country grappled with another apparent episode of lone-wolf terrorism.

A somber Johnson — joined by the opposition leader, Keir Starmer, and other officials — laid flowers outside the Methodist church in Leigh-on-Sea, a sleepy seaside community that was convulsed Friday when the lawmaker, David Amess, was assaulted during a routine meeting with constituents.

The police arrested a 25-year-old man at the scene and said they were conducting searches at two locations in the London area. The Metropolitan Police formally declared the attack a terrorist episode, with a potential link to Islamist extremism, but they have not yet identified the man, who they said they believed acted alone. The BBC, citing government sources, reported that he was a British national who appeared to be of Somali heritage.

The brutal attack, at midday and in full view of the public, has stunned the British political establishment and fanned questions about the security of members of Parliament. Lawmakers regularly meet their constituents, unprotected, to hear their concerns and grievances in sessions that can at times become heated.

Commissioner Roger Hirst of the Essex Police, which has jurisdiction over Leigh-on-Sea, said in a statement that it was “a somber moment of reflection to remember a man who worked so hard for his community, who served those he represented passionately and made a real difference for Southend.”

On the town’s normally tranquil streets, the sudden spasm of violence had not yet fully sunk in. On Saturday morning, the police canvassed residents near the church, seeking witnesses. Chaplains consoled a steady stream of people who visited the area where Amess was killed.

Fidelia McGhee, 48, who lives near the site of the attack, said Amess had always championed local causes. She praised him as a kind, committed politician. She called the attack “the stuff of nightmares” that would leave an indelible mark on the town.

“It is quite tragic,” she said. “I think we’ve lost something we will never get back.”