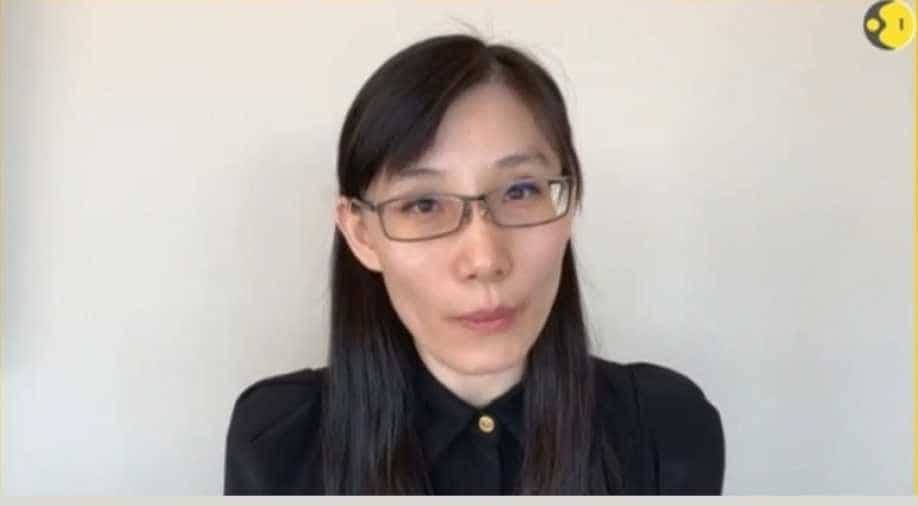 In an exclusive conversation with WION, Dr Li-Meng Yan, who recently broke the internet by claiming that COVID-19 was manufactured in a lab, said that on the course of her research, she was told not to talk about her discoveries

In an exclusive conversation with WION, Dr Li-Meng Yan, who recently broke the internet by claiming that COVID-19 was manufactured in a lab, said that on the course of her research, she was told not to talk about her discoveries.

When asked whether the Chinese government knew what was going on, and whether President Xi was involved in the cover-up, and hiding the number of cases in Wuhan, the doctor said “Yes, and also people who knew the situation, were told to be silent”.

Also read: WION exclusive | Beijing tried to cover-up Wuhan virus and WHO is very much part of it: Chinese virologist Dr Li-Meng Yan

“Because, even from December 31, I tried to reach to the doctors in Wuhan, and they are [sic] scared”. They were told, “Don’t talk about it, and simply wear a mask”.

In mid-January, my supervisor told me “Be careful while you do the investigation. Don’t cross the red line. If not, I will be in trouble, and I will be disappeared [sic]”, the virologist added.

Dr Li-Meng Yan told WION that she was muzzled by her supervisor for speaking out, and that China turned social media against her. Recently, her Twitter account was suspended.

On being asked whether she thought Chinese government could influence studies and research on COVID-19, the doctor said “Of course”.

“I had been there for many years… I knew many many people across a vast network - hospitals, institutes”, she said. “I worked in Hong Kong for many years”, she added.

“All my experience and knowledge can tell you - Chinese Communist Party’s money and power influence the whole world, far more beyond your imagination”, she added.

“This virus come from a lab on purpose”, Yan added.

Earlier on September 14, Chinese virologist Dr Li-Meng Yan had claimed that COVID-19 was made in a Wuhan laboratory. Yan, who was associated with the Hong Kong School of Public Health, had been researching on the coronavirus for a long time. The Chinese virologist claimed that during her research she came across that coronavirus was developed in a laboratory in China.