Why is North Korea known as the most isolated country in the world? 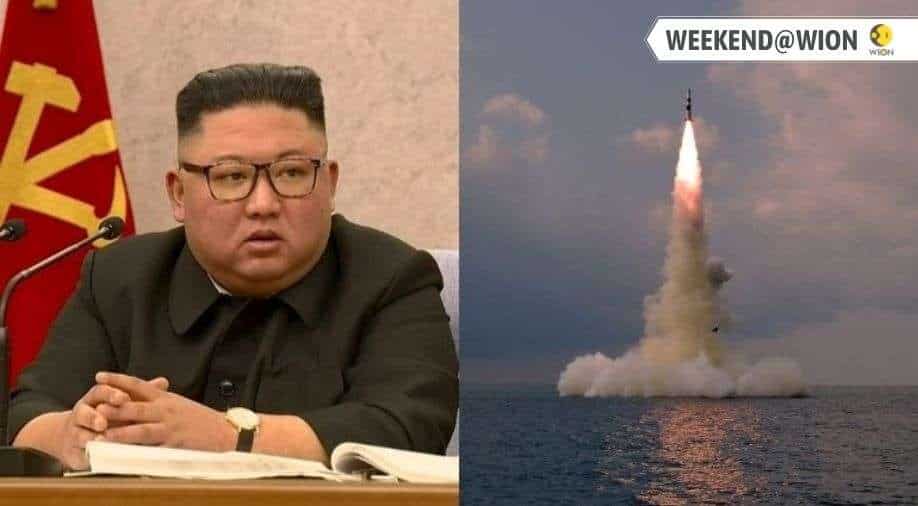 In this file photo, North Korean leader Kim Jong Un along with a missile tested by the country can be seen Photograph:( Agencies )

From the point of view of tourism, North Korea is an isolated country and the United States has labelled it as the least favourable nation to visit

North Korea, also called the ''hermit kingdom,'' is the most isolated and secretive country in the world.

People living in the country need permission to keep pets, wear blue denim, keep long hair or even have a hot shower.

In 2020, North Korean leader Kim Jong-un had asked the country's citizens to abandon their pet dogs to ensure restaurants have sufficient meat.

The country is a confusing mix of Confucianism, communism, dictatorship, tyranny, and monarchy.

This East Asian country shares its boundary with China and Russia.

Although it is one of the poorest countries in the world, a major chunk of its resources are used to develop nuclear weapons and ballistic missiles.

According to a report by the United Nations World Food Programme, 10 million people living in North Korea are malnourished. The country has a total population of 25 million.

While a vast majority of North Koreans are unable to afford their livelihood, Kim Jong-un spends $3.5 million dollars on his laundry.

He also owns a luxurious yacht worth $8 million and a fleet of 100 Mercedes Benz worth $11.7 million dollars.

North Korea's GDP is ranked 208th in the world, which is just above poverty-stricken Rwanda located in eastern Africa.

The production quota system and price control policies of the government are an existential threat to social welfare in the country.

North Korea has been an unsafe shelter for its citizens because of the violation of civil rights and brutal federal rule.

Sanctions imposed by many big countries and the United Nations are the major cause of economic and external hostility in the country.

From the point of view of tourism, North Korea is an isolated country and the United States has labelled it as the least favourable nation to visit.

Thousands of people in North Korea are imprisoned and sent to labour camps because they dissent with the government.

North Korea is not self-sufficient in food production because of the lack of product diversification and old technology.

The poor infrastructure of this country has isolated it from all the global competition and contemporary world.

It has imported buses and planes from Russia, cars from Japan, buses from Germany and telephones from China.

Also read | Difficult to detect or destroy: North Korea and its weapons of mass destruction

The Treaty of Portsmouth in 1905 had recognised Japan as the protectorate of Korea.

But when World War II came to an end in 1945, the Korean peninsula was left at the mercy of the Soviets and the Americans.

They divided it into two zones called the North and South Korea along the 38th parallel.

While the North was pro-USSR, the South was pro-US. They installed a communist gorilla leader or the first dictator of North Korea called Kim Il-sung.

He adopted the motto of 'Juche,' that is, self-reliance before the Korean war. During his tenure, state-controlled market policy was adopted which resulted in a short-lived economic boom.

He has been succeeded by Kim Jong-il and Kim Jong-un.

North Korea has followed the ten principles of one-ideology system ruled by family dictatorship since the beginning.

A pandemic struck in the country in the 1990s, in which 3 million people died. The country's leader rejected all foreign aid.

North Korea withdrew from the nuclear non-proliferation treaty (NPT) that limits the escalation of the nuclear arms race. It conducted its first underground nuclear test in 2006.

Five years later, Kim Jong-il died due to a heart attack just like his father. Kim Jong-un, who is the current dictator of North Korea.

He got his uncle executed for disobeying him and boasting about getting him dead cut off to former US President Donald Trump.

Kim Jong-Nam was exposed to a nerve agent at the Kuala Lumpur airport in 2017.

Between 2016 and 2018, North Korea has conducted three nuclear tests and 30 short and long missile launches along with an intercontinental missile launch.

Three dictators and 74 years of rule, by the Kim dynasty, the country is more isolated than ever.