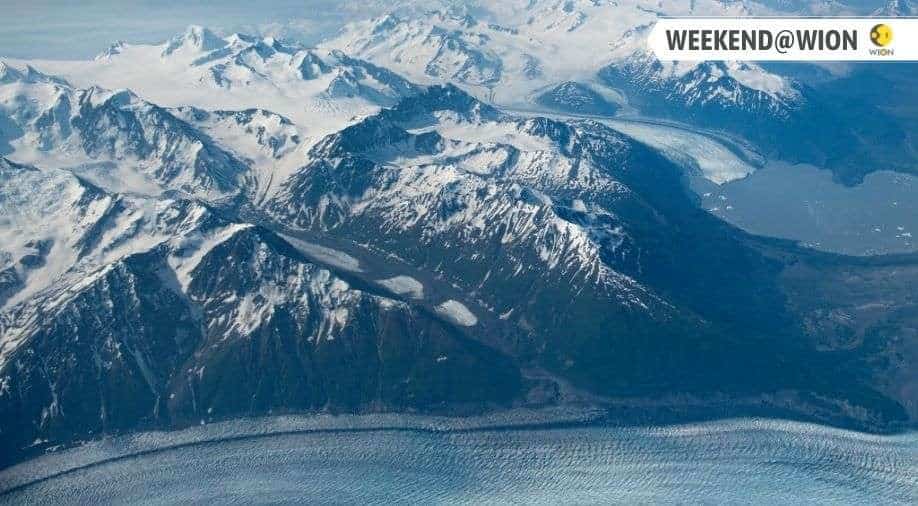 A glacier is seen from Air Force One near Anchorage, Alaska Photograph:( AFP )

Russia suffered 12,000 casualties in the Crimean War and it depleted the country's coffers

Alaska is the 49th state of the United States. However, it was a part of Russia till 1867.

154 years ago, Russia had to sell Alaska to America at a meagre price of $7.2 million. But now, the estimated GDP of Alaska is estimated to be around $50 billion.

When the Alaska Purchase Treaty was signed Russia's expansion in the Pacific coast stopped in the North American continent.

Even though the negotiation for the country went on for decades, the US emerged as the ''great power'' in Asia-Pacific.

US Secretary of State William Seward had played a crucial role in the treaty signed by US President Andrew Johnson.

But why did Russia need to sell Alaska which is filled which natural resources? Let's take a look:

History of Russia in Alaska

In the 16th century, Russia's total land area was just a fraction of what it is today.

However, its eastern land expansion plan led to the country owning Alaska. The tributaries located in the region helped in the growth of commerce.

In 1581, Russia captured the Khanate of Sibir, which marked the beginning of its conquest of Siberia.

Also see | From the hottest month to biggest airlift: Here are the biggest records of 2021

Russian emperor Peter the Great was very curious about the Asian landmass. He started two explorations from the city of Okhotsk.

In 1741, Vitus Bering crossed the Bering Strait and reached Alaska. After this, he went to Mount Saint Elias and Yakutat.

However, he died in December 1741 due to scurvy during the second Kamchatka expedition itself.

His crew near the Aleutian Islands found hundreds of sea otters, foxes, and fur seals which acted as a silver lining of the otherwise tumultuous journey due to adverse weather.

Unlike today, back then Alaska had a fatal climate. Total only 800 Russian citizens inhabited the island and it was also located far off the Russian capital of St. Petersburg.

In 1812, Russians built a settlement at Fort Ross on the Western Coast of the US.

After the Russian department of American exploration failed, Moscow became worried about the prospects of Russian settlements in Alaska.

The Crimean War fought from 1853 to 1856, acted as the final nail in the coffin as Russia lost to an alliance of the Ottoman Empire.

Due to the depleting coffers and 12,000 casualties in the war, Russia decided to sell Alaska.

Russia wanted to control Balkan countries such as Bulgaria, Romania, Moldova, and Crimea. They were a part of the Ottoman Empire in the 1850s.

Russia's desire to protect the Christians in the Muslim majority Ottoman Empire led to the Crimean War.

When it invaded Romania in July 1853, Turkey declared war in which was supported by Britain and France as they wanted to destroy Russian naval power in the Black Sea.

The Crimean War came to end in 1856 when the Treaty of Paris was signed due to Austria growing resistance.

Due to shared dislike for the British Empire, Russia and the United States were allies in the 1800s.

This was one of the reasons why Russia approached the United States with the Alaska deal.

Negotiations on the Alaska deal started between Russia and the US soon after Washington stabilised post-Civil War.

Russia sent a team of surveyors to Alaska to estimate the value of natural resources. They estimated its cost be $10 million.

Despite being advised not to sell Alaska, Russia informed the US about the price it wanted for the country.

However, after negotiating the deal was fixed the price of $7.2 million.

US President Abraham Lincoln died on April 15, 1865, during the negotiations itself and Andrew Johnson took over the Alaska deal when he was elected as the new president.

Russia had offered to sell Alaska to the US in 1859. But it was busy with the Civil war.

Steward and Russian Minister to the United States Edouard de Stoeckl came to an agreement that the US would pay $7.2 million to Russia.

The US Senate approved the deal on April 9, 1867, and thereafter US President Andrew Johnson signed the Alaska Treaty on May 1867.

Russia formally transferred Alaska to the US on October 18, 1867. This ended Russia's presence in North America and handed the US the key to the Pacific northern rim.

For three decades, the US did not pay much attention to the region and it was governed through military, naval, and treasury rules.

In 1884, the US established a civil government in the region and also imposed mining laws.

The Alaska deal was initially considered a loss for the US and was famously called ''Seward's Folly.''

But in 1896, Yukon found major reserves of gold in Alaska, and then the successive exploration led to the discovery of massive mineral resources.

These gold deposits acted as a gateway to the Klondike Gold Fields. Alaska's strategic importance was highlighted in World War II. It got the status of a state on January 3, 1959.