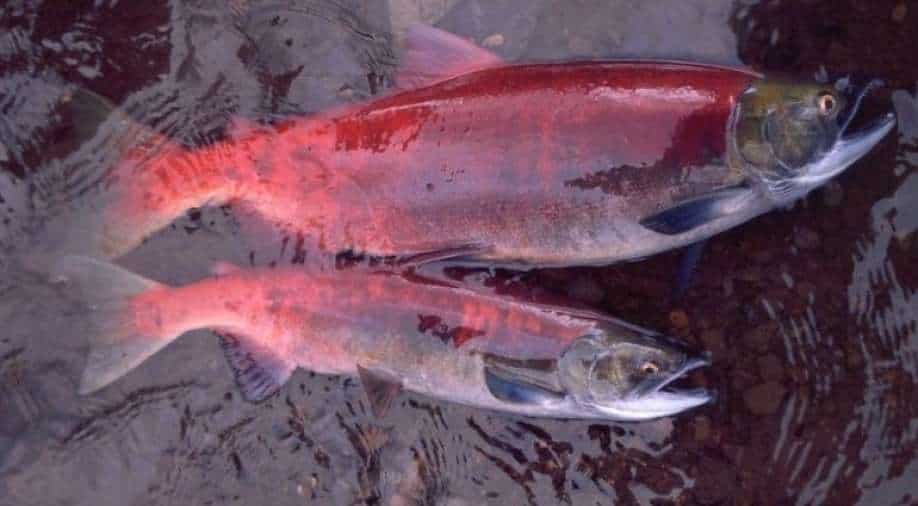 Scientists also interviewed several locals from Alaska to get their first-hand experiences of this. The claim of the size of salmon getting smaller has been confirmed by the interviewed Alaskans

One of the most popular fish among seafood lovers, Salmon, is getting smaller in size as per experts and that might be a result of climate change.

A new study has reported that climate change can take a dangerous toll on valuable fishery, indigenous people and wildlife.

Scientists of University of Alaska at Fairbanks (UAF) observed that four out of five Alaska’s wild salmon species have gotten smaller in size in the last few years.

One of the most affected ones is the King Salmon, which is technically called the Chinook salmon and is Alaska’s official state fish. The King Salmon has gotten at least eight per cent smaller than its size before 1990, the study revealed.

This report is not based on just the recent trends. Scientists have been compiled data from the 12.5 million samples collected in the last six decades.

Scientists also interviewed several locals from Alaska to get their first-hand experiences of this. The claim of the size of salmon getting smaller has been confirmed by the interviewed Alaskans, co-author Peter Westley of UAF’s College of Fisheries and Ocean Sciences said.

"People are walking into their smokehouses and not having to duck anymore," he said. "The fish are just smaller."

Climate change has been making the temperatures hotter with every passing day which is affecting the fish. In addition to this, the increased competition in different species of salmon might also be leading to fish shrinkage, experts said.

"It is impacting things that eat eggs, but it also impacts the salmon population itself," Oke said.