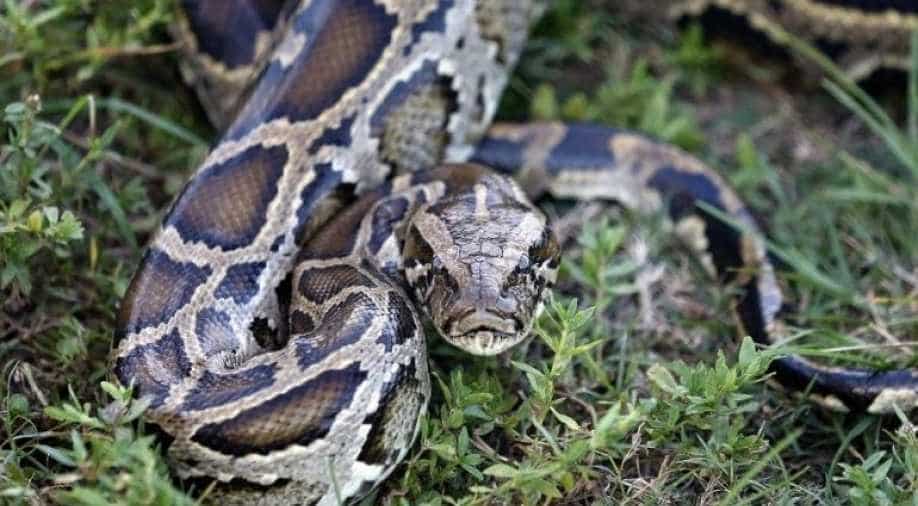 A Burmese python sits in the grass at Everglades Holiday Park in Fort Lauderdale, Florida on April 25, 2019 Photograph:( AFP )

Even though the kind of pythons in question - “Burmese pythons” are not naturally occurring in Florida, they recently appeared in large numbers across the Everglades

Florida has not one but three major problems to deal with right now: The ongoing coronavirus pandemic which has made a comeback in the state, followed by the onset of storm Isaias, and predatory pythons.

Even though the kind of pythons in question - “Burmese pythons” are not naturally occurring in Florida, they recently appeared in large numbers across the Everglades, a national park wetland region in the state, which is described as a grassy, slow moving river.

Pythons reproduce really quickly and then attack other species, obliterating large numbers of them.

To avoid a massacre in the area, wildfire authorities recently undertook a task like no other: removing 5,000 such killer pythons from the Everglades.

This sudden onset of python populations is common, making state intervention a necessity from time to time.

The statement from the Florida Fish and Wildlife Conservation Commission claims that for every python “eliminated”, an indigenous species is saved. 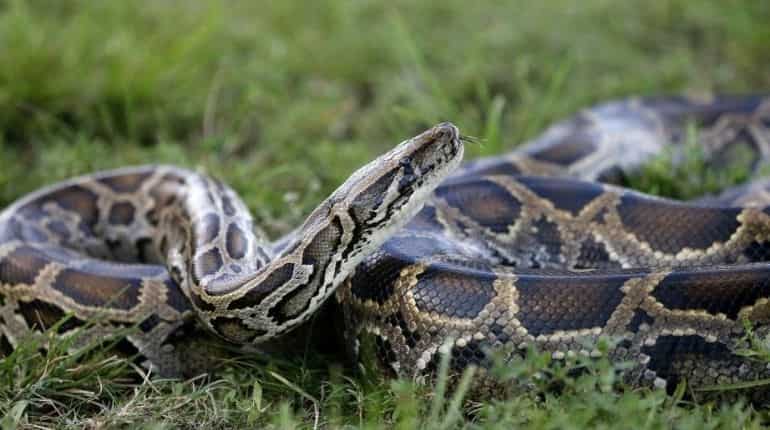 A Burmese python sits in the grass at Everglades Holiday Park in Fort Lauderdale, Florida on April 25, 2019 | AFP

According to authorities, the state is making painstaking efforts to eradicate python populations in the wetlands. “Florida is doing more than it ever has to remove pythons from the Everglades and protect this ecosystem for generations to come”, the statement added.

Also read: US: Man arrested in Florida for pointing gun at man who asked him to wear mask

Burmese pythons are not endemic to Florida, and neither belong there. In fact, it is illegal to release species that are not native into the wild, as it may wreak havoc in the food chain of the region, and cause imbalance in the number of species.

Officials believe the peculiar kind of python appeared in the region after they were deliberately released, or escaped from people keeping them as “pets”.

Pythons lack any natural predator, which puts them at the top of the food chain in the region.