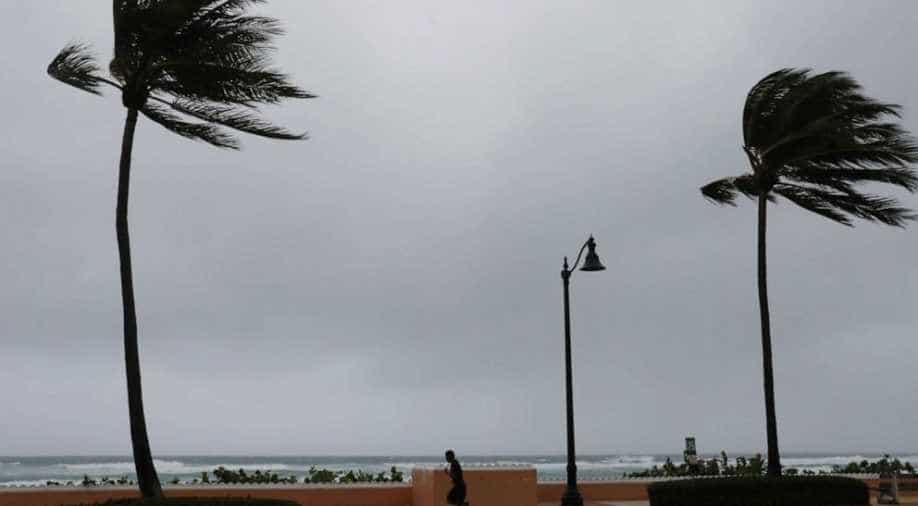 The tropical storm was packing sustained winds of 70 miles (110 kilometres) per hour Sunday evening as it moved northwest off the state's east coast, the National Hurricane Center (NHC) said.

The tropical storm was packing sustained winds of 70 miles (110 kilometres) per hour Sunday evening as it moved northwest off the state's east coast, the National Hurricane Center (NHC) said.

The Florida coast hence looked set to avoid major damage -- although it could strengthen to a hurricane by the time it reaches the Carolinas on Monday packing heavy winds and rain.

Storm surges, when a storm pushes tidal levels above normal, of up to 4 feet (1.22 m), and flooding also threatened some of the areas in Isaia' path, forecasters said.

Isaias, which was downgraded from a hurricane on Saturday, is expected to move upward along the East Coast and reach Washington, Philadelphia and New York City on Tuesday before moving into New England.

The storm earlier dumped torrential rain on the Bahamas, felling trees and flooding some streets, before emergency management officials on Sunday gave the "all clear" for the entire country. But Isaias claimed at least one life in Puerto Rico.

Tropical storm warnings were in effect from central-eastern Florida to North Carolina, and the NHC warned on Twitter that Isaias could "bring a storm surge of up to 4 feet to coastal parts of South and North Carolina."

As Florida battened down, it was also battling its coronavirus outbreak, which has complicated preparations.

It has the second-highest caseload of all states except California -- which has double the population.

Isaias on Thursday unleashed destruction in Puerto Rico, downing trees and electrical lines and inundating houses as it cut a path through the island.

Authorities recovered the body of a 56-year-old woman whose car had been swept away by storm waters.

In the Bahamas, the deputy director of the country's meteorology department, Jeffrey Simmons, told The Nassau Guardian "the worst part" of the storm came to New Providence, the most populous island, early Saturday.

It was the archipelago's first hurricane since Dorian, a Category 5 storm last year that devastated two islands, pummeling them for three days.

Anne Frank's diary, Bible and several other books pulled from the shelves in Texas