Why are concerns being raised on Zoom app's safety and security? 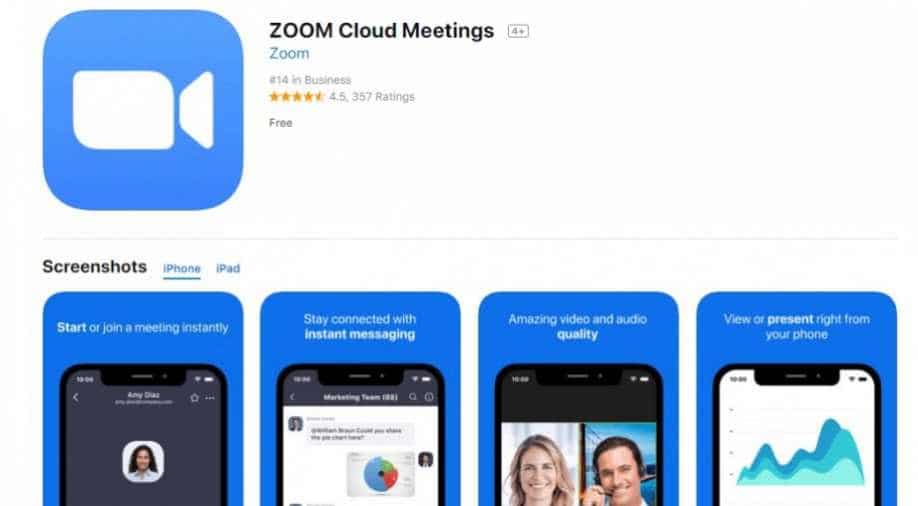 According to a report, the app is the new target for online hackers who are hijacking meetings, interrupting educational sessions and posting white supremacist messages.

Video conferencing app Zoom, whose popularity skyrocketed due to the global lockdown amid coronavirus pandemic, is under scrutiny after concerns were raised over its data privacy and security practices.

New York's attorney general has written to the California-based firm raising concerns over its ability to cope with the rise in users.

The investigation comes after the FBI's Boston office warned on Monday that it had "received multiple reports of conferences being disrupted by pornographic and/or hate images and threatening language."

According to a report, the app which has more than 200 million daily video users, is the new target for online hackers who are hijacking meetings, interrupting educational sessions and posting white supremacist messages. This is called ''Zoombombing.''

These hackers are also sharing leaking sensitive consumer data and sending pornographic content to its users.

Social media users who experienced this hacking used the hashtag #zoombombed to warn others users.

Our video call was just attacked by someone who kept sharing pornography + switching between different user accounts so we could not block them. Stay tuned for next steps. And I am sorry to everyone who experienced. We shut down as soon as we could.

Previously, an ex-NSA hacker now a principal security researcher Patrick Wardle had discovered two security bugs in the app which can easily take control over a computer and warned its users of misuse.

While one bug can allow the attacker to inject malicious code into the Zoom installer that would allow them to access the person’s setup, the other bug could control the user's webcam and microphone.

Another crucial security flaw of the app includes no end-to-end encryption. This encryption ensures that no-one other than participants can see a meeting.

The FBI warned people that should not make meetings or classrooms public when they are being hosted on Zoom. Such chats can be restricted either by requiring a password or using the waiting room feature to only let in approved people.

It also alerted people not to post a link to a given chat on any public platform. Instead, those links should be sent directly to the people involved.

The federal law enforcement agency also asked people to ensure that their screen-sharing options are set to ''host only'', meaning that anyone who does manage to join the chat would not be able to show images or other distressing things to anyone else in the conversation.