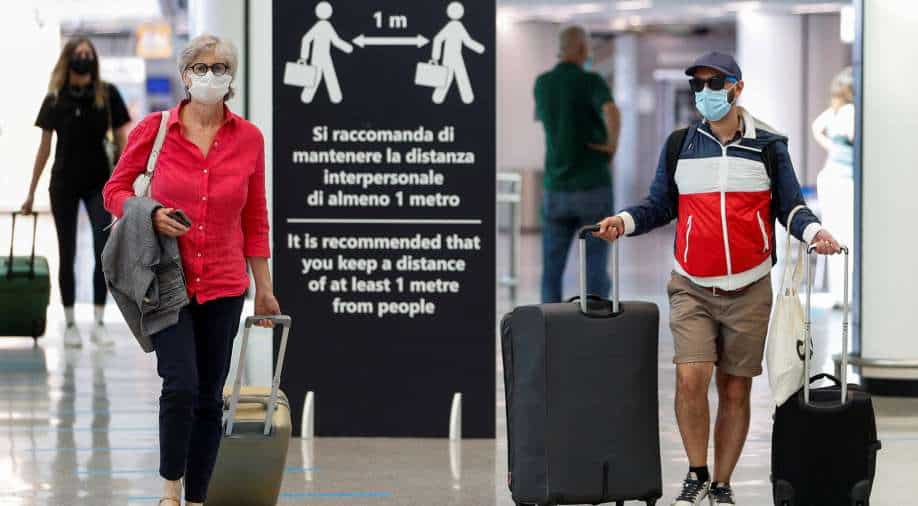 WHO urges countries to lift travel bans and not ask for vaccination proof Photograph:( Reuters )

The World Health Organisation(WHO) on Friday classified the new coronavirus strain detected in South Africa as a "variant of concern".

The world health body named the new B.1.1.529 strain as Omicron.

The variant entered Europe as Belgium reported the first case as European nations moved to impose travel ban on South Africa and other southern African countries.

European Commission urged EU countries to "introduce rapidly restrictions on all travel into the EU from seven countries in the Southern Africa region" as Europe began to fortify its response against the virus.

Officials in Belgium said the Omicron strain was detected in a traveller from Egypt. The new virus strain was reportedly detected in South Africa's Gauteng province.

Also Read: Here's what we know about Covid B.1.1.529, likely deadlier than Delta