Where vaccination rates are low in the US, reasons vary 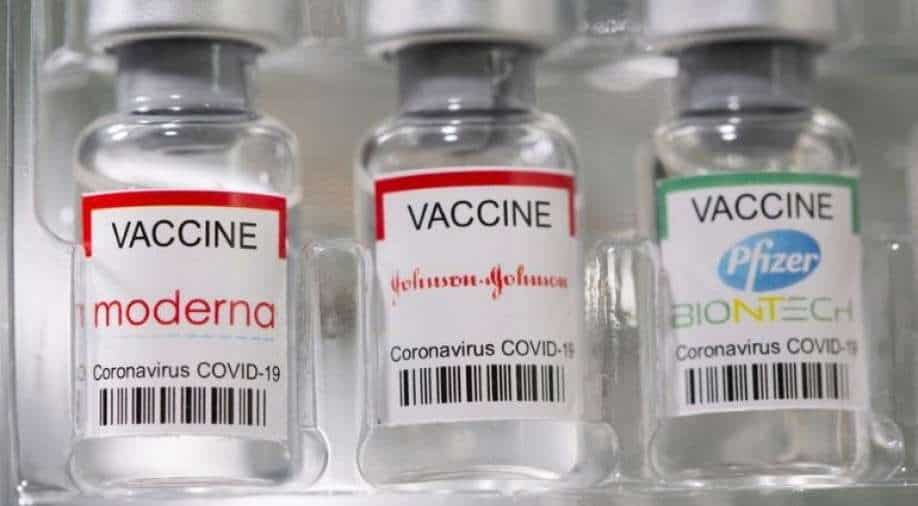 As the omicron variant surges, and experts say that vaccinations strongly protect against severe illness, US public health officials are closely examining ways to reach the least-vaccinated areas

In the United States, more than 204 million people are fully vaccinated, but that’s still only 62 per cent of the population, much lower than in most other wealthy countries.

At the county level, vaccination rates range from about 83 per cent in places like Montgomery County, Maryland, a populous area just outside Washington, D.C., to around 15 per cent in rural places like McPherson County in northern South Dakota.

As the omicron variant surges, and experts say that vaccinations strongly protect against severe illness, US public health officials are closely examining ways to reach the least-vaccinated areas. But the roadblocks are not the same everywhere. Some clearly have to do with politics: Republican-leaning areas have generally been vaccine laggards. But pockets of the country can have their own quirks unrelated to partisanship.

Here is a look at the challenges faced by three counties where, according to Centers for Disease Control and Prevention data, vaccination rates are among the lowest in the nation. (State figures for those counties may vary from the CDC data because of differences in methodology, reporting lags and other factors.)

Resistance to vaccines is not new in LaGrange County, a rural area along Indiana’s border with Michigan. Just 22 per cent of residents are fully vaccinated against the coronavirus, and, according to Dr. Tony Pechin, the county health officer, only 15 per cent of children in the county are up-to-date on standard vaccines by the age of 2.

Pechin said that he had encountered the usual conspiracy theories about vaccines, and that even some longtime patients would not heed his advice to get the shots.

But the most important factor, he said, is that about half the county’s 40,000 residents are Amish, a group that overwhelmingly rejects the vaccines. Among non-Amish residents, he said, the vaccination rate is 45 per cent-48 per cent.

Pechin said that a pharmacy frequented by Amish residents was among the first in LaGrange County to receive doses but had vaccinated just eight people in six months.

The state health commissioner sent a delegation to meet with Amish leaders in the spring, and the CDC sent another over the summer.

“When they were done,” Pechin said of the envoys, “they called me and just said, ‘Good luck, Tony.’ ”

When Hurricane Laura made landfall near Cameron Parish in August 2020, many residents left damaged homes behind and took refuge inland — and have yet to return.

According to the CDC, the vaccination rate is just 17 per cent. But Louisiana health officials say that those figures do not take account of the population shift.

“Although the numbers look awful, they’re not as bad as they appear, because of an outflux of people due to the natural disasters,” said Dr. Lacey Cavanaugh, a regional health officer for the Louisiana Department of Health.

But if the statistics were calculated to reflect the current populations of Cameron Parish and others ravaged by recent storms, she said, they would probably still show vaccination rates below national averages. Laura destroyed much of the parish’s limited health infrastructure, so for months, health officials administered vaccines in a tent in a hospital parking lot. And for residents consumed by the work of repairing homes and businesses, getting vaccinated fell low on the priority list.

State health officials have worked to bring vaccines directly to disaster recovery events, and advised residents that getting sick with COVID-19 could make the road back even harder.

“Once you’re protected” from the virus, Cavanaugh said, “that’s one less thing for you to worry about.”

A rural county with a history of going its own way — it refused to join Alabama in seceding from the Union during the Civil War — faces many of the challenges that have hampered the state’s vaccine uptake.

Vaccine misinformation is still spreading on social media, said Dr. Karen Landers, a regional officer with the state’s Public Health Department, despite months of efforts with local leaders, faith-based organizations and pharmacies. The county’s vaccination rate has stalled at around 21 per cent, according to the CDC.

Persuading young people that they are vulnerable to the disease and need a vaccine can be a particularly acute problem, Landers said. But she said she remained determined: “We know that not everyone will listen to us, but that does not alleviate our responsibility.”