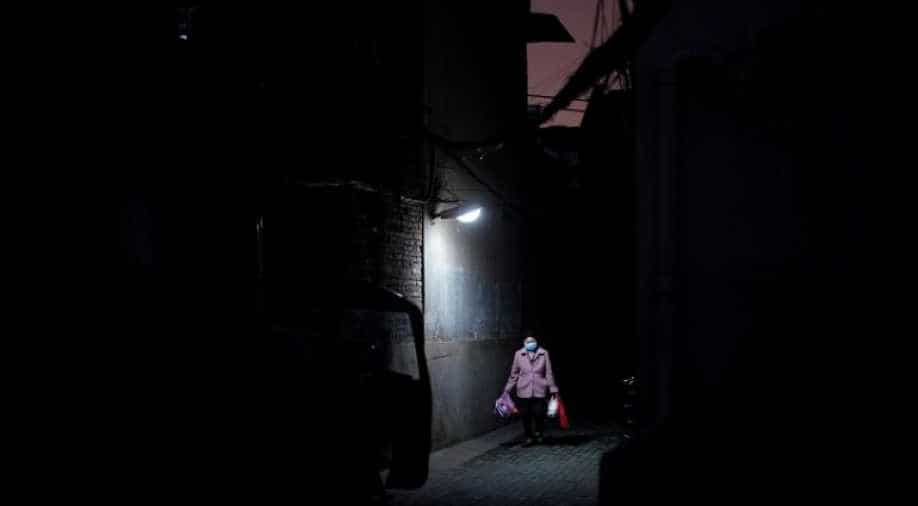 A resident wearing a face mask is seen at a blocked residential area after the lockdown was lifted in Wuhan, capital of Hubei province and China's epicentre of the novel coronavirus disease (COVID-19) outbreak Photograph:( Reuters )

Some US officials have called for them, and others across Asia, to be closed

Fish and vegetable merchants are reopening stalls at wet markets in China's central city of Wuhan as it lifts a months-long lockdown against the coronavirus pandemic, but their future looks uncertain with few customers as the virus stigma persists.

The virus, which has infected 1.6 million people and killed 106,000 in 214 countries, is believed to have originated late last year among wild animals on sale in a seafood market in Wuhan that has been closed and boarded up since January.

That has prompted heavy scrutiny for wet markets, a key facet of China's daily life, even though only a few sell wildlife. Some U.S. officials have called for them, and others across Asia, to be closed.

"This is a person-to-person virus, no matter where you are," said Jin Qinzhi, a vegetable and meat vendor at a wet market, when asked what she thought about demands for their closure.

"Even the supermarket is full of people. Here people are more scattered. As long as we take precautionary measures, and we pay attention to disinfecting, it should be fine."

A common sight across Asia, wet markets traditionally sell fresh produce and live animals, such as fish, in the open air. They tend to be popular with shoppers who believe the items on sale are cheaper and fresher than in supermarkets.

Stall owners in Wuhan said they were not optimistic after their business was badly hurt by the strict shutdowns in China, which ordered a temporary ban on trade and consumption of wildlife in January.

"There is no business and no one is coming," said a worker chopping fish who only gave her surname, Zhang. "Everywhere is blocked and people cannot come in. Everyone is scared to go out and contract the virus."

Also read: Coronavirus infections continue to increase, US logs most deaths in any country ever

Wuhan will spend 200 million yuan ($28 million) to upgrade its 425 farmers' markets, in a campaign to improve hygiene, city officials said on Friday. Still, some worry they may not stay around long enough to see it.

"We don't have any income and business," said Jin. "If it goes on like this, it will be very difficult for us to survive."

Many stores remain shut and some curbs continue, even though a sharp drop in new local cases prompted lifting of the lockdown.

China reported 99 new virus infections on Saturday, taking its tally to 82,052, with a death toll of 3,339. Globally, the virus has reached 214 countries.