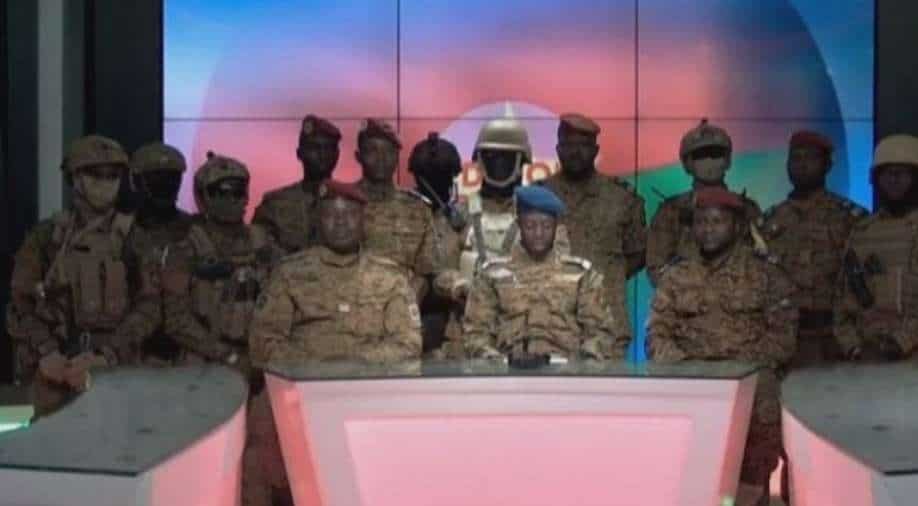 Burkina Faso's army said on Monday it had ousted President Roch Kabore, suspended the constitution, dissolved the government and the national assembly and closed the country's borders.

Burkina Faso's soldiers stated on state television Monday that they had seized control and dissolved the country's government and parliament.

They also stated that the country's borders had been blocked and pledged a "return to constitutional order" in a "reasonable time."

Earlier in the day, Burkina Faso's army announced that President Roch Kabore had been deposed, that the constitution had been suspended, that the government and national legislature had been dissolved, and that the country's borders had been blocked.

The announcement blamed the worsening security situation and Kabore's incapacity to unite the West African nation and properly respond to the difficulties it faced, including an Islamist insurgency.

The announcement, signed by Lieutenant Colonel Paul-Henri Sandaogo Damiba and delivered on state television by another officer, stated that the takeover was peaceful and that those detained were being held in a secure place.

The Patriotic Movement for Safeguard and Restoration, or MPSR in French, issued the declaration in the name of a previously unknown organisation.

The army broadcast came after two days of chaos and terror in the capital, Ouagadougou, where soldiers demanded additional backing for their war against Islamist extremists, and shooting erupted at army camps on Sunday.
Kabore's whereabouts were unknown on Monday after heavy gunfire was heard overnight in the area surrounding his home.