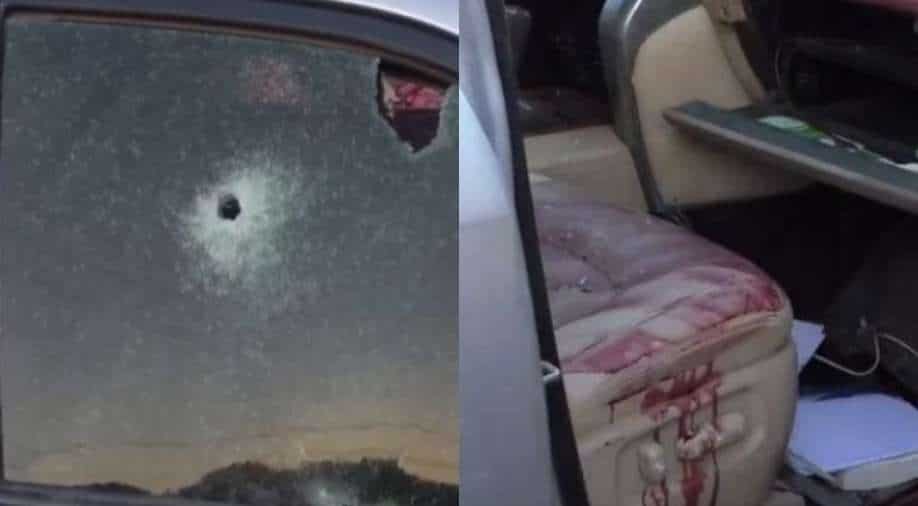 Kabore's detention was reported by two security sources and a West African diplomat said on Monday, following heavy gunfire around his residence on Sunday night in the capital Ouagadougou. Photograph:( Twitter )

The government had denied rumors on Sunday that a coup was under way as sustained gunfire rang out for hours from several military camps, with mutinying soldiers demanding more support for their fight against militants.

Several presidential fleet armoured vehicles were sighted near the president's mansion on Monday morning (January 24), covered with blood and damaged with gunshots, following claims that Burkina Faso President Roch Kabore had been detained at a military barracks by mutinous soldiers.

It was unclear whether Kabore was in the vehicle at the time of the incident, but people in the president's area reported hearing a lot of gunfire overnight.

According to reports, mutinous soldiers are occupying Kabore.

They did not indicate where Kabore was being detained, but they did claim he was safe.

Gunshots were heard near the president's apartment late Sunday night, and a skirmish broke out at the presidential palace early Monday while a helicopter buzzed overhead.

Except for checkpoints fiercely manned by mutinous soldiers, the streets of the city were deserted Sunday night.

On Monday morning, the state news station RTB was tightly guarded while individuals on the street drove their cars and rode their motorcycles, attempting to resume their daily routine.

There were groups of people celebrating in the streets, shouting their horns and parading.

Some members of the crowd were angry and refused to allow the media to photograph them.

Due to the circumstances, the administration has shuttered schools until Tuesday and imposed a nighttime curfew.