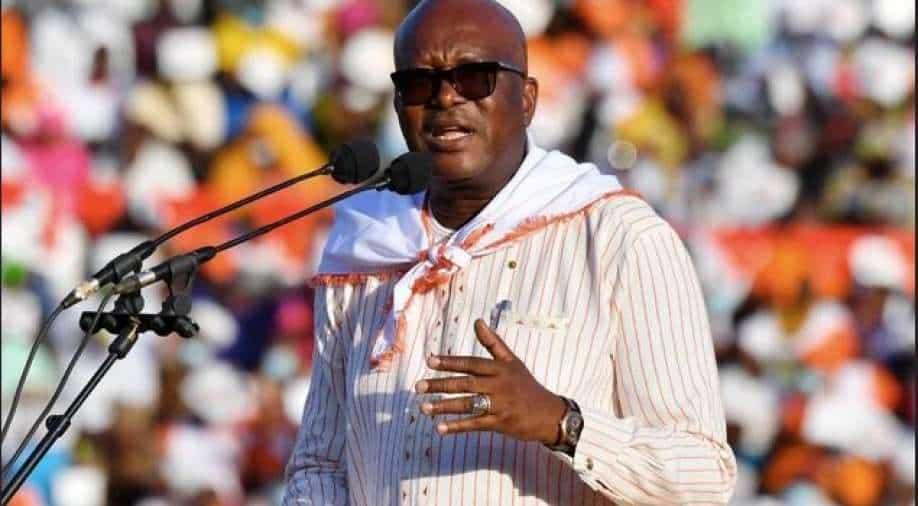 Burkina Faso President Roch Kabore has been detained at a military camp by mutinying soldiers, official sources said on Monday.

Burkina Faso President Roch Kabore has been detained at a military camp by mutinying soldiers, four security sources and a West African diplomat said on Monday, following heavy gunfire around his residence on Sunday night in the capital Ouagadougou.

His detention comes after sustained gunfire rang out from military camps in the West African country throughout Sunday, with soldiers demanding more support for their fight against Islamist militants. The government had denied that the army had seized power.

Kabore's exact whereabouts or situation were unknown on Monday morning, with conflicting reports circulating among security and diplomatic sources.

Three armoured vehicles and soldiers wearing balaclavas were stationed outside the headquarters of the state broadcaster.

Government sources could not immediately be reached on Monday.

Kabore has faced waves of street protests in recent months as frustration has mounted over the frequent killing of civilians and soldiers by militants, some of whom have links to Islamic State and al Qaeda.

A militant attack in November on a gendarmerie post in Inata, in the northern Soum region, killed 49 military police officers and four civilians. It later emerged the forces stationed there had run out of food and been forced to slaughter animals in the vicinity for two weeks.

Protesters came out to support the mutineers on Sunday and ransacked the headquarters of Kabore's political party. The government declared a curfew from 2000 GMT to 0530 GMT until further notice and closed schools for two days.

The turmoil in Burkina Faso comes after successful military putsches over the past 18 months in Mali and Guinea, where the army removed President Alpha Conde last September.

The military also took over in Chad last year after President Idriss Deby died on the battlefield there.

Burkina Faso is one of the poorest countries in West Africa despite being a gold producer.

Islamist militants control swathes of the country and have forced residents in some areas to abide by their harsh version of Islamic law, while the military's struggle to quell the insurgency has drained scarce national resources.

Buffeted by street protests, Kabore had pledged in November to end "dysfunction" in the army, saying an inquiry into the Inata attack would be followed by disciplinary measures and that he would launch an anti-corruption drive.

Some of the anger in Burkina Faso late last year was also directed against former colonial ruler France, which has deployed thousands of soldiers in West Africa's Sahel region to combat the militants.