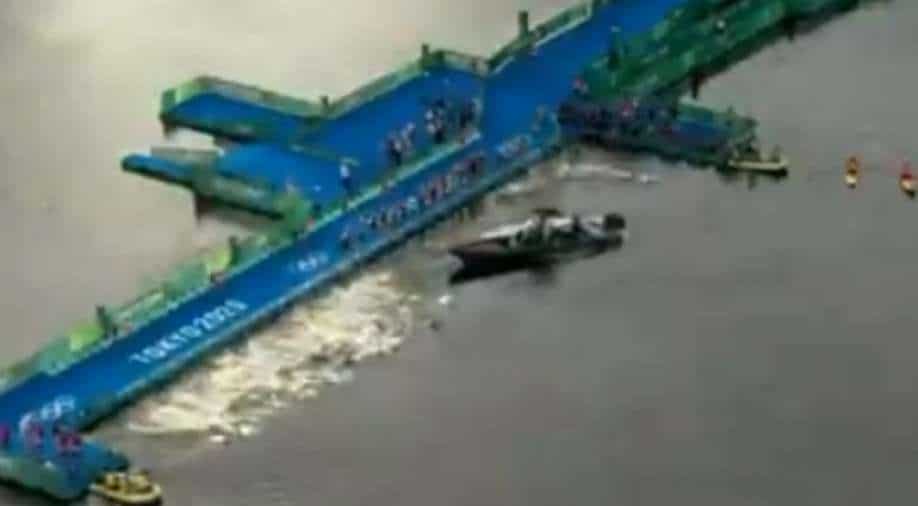 When the starting gun was fired, the boat quickly tried to reverse and could have hit the athletes. Many heaved a sigh of relief that no athlete was hurt while the boat aimlessly reversed at a high speed

In a first, men’s Olympic triathlon event in Tokyo 2020 had a bumpy start as a boat blocked the path of nearly half of the participating athletes on the start line.

The race had 56 participants and the countdown for starting the event began, nearly half of the participants saw their way being blocked by a boat. When the start gun went on, half of the athletes dived in but the rest had to wait for the boat to get out of the way.

This boat, which ruined the race, was carrying a camera. It rushed to reverse and get out of the athletes’ way when the boat driver realised the mistake, but it was too late.

Yeah that boat is in the way #triathlon #Tokyo2020 pic.twitter.com/NAOajScX3E

As soon as the authorities realised the chaos, a horn was blown to signal the already-dived-in athletes to return, but many failed to hear it in the water. So, a bunch of smaller boats and jet skis were deployed to stop the athletes midway and bring them back to the start point.

While the race was restarted and everything was sorted, many believe this was highly dangerous for the participating athletes.

When the starting gun was fired, the boat quickly tried to reverse and could have hit the athletes. Many sighed relief that no athlete was hurt while the boat aimlessly reversed at a high speed.