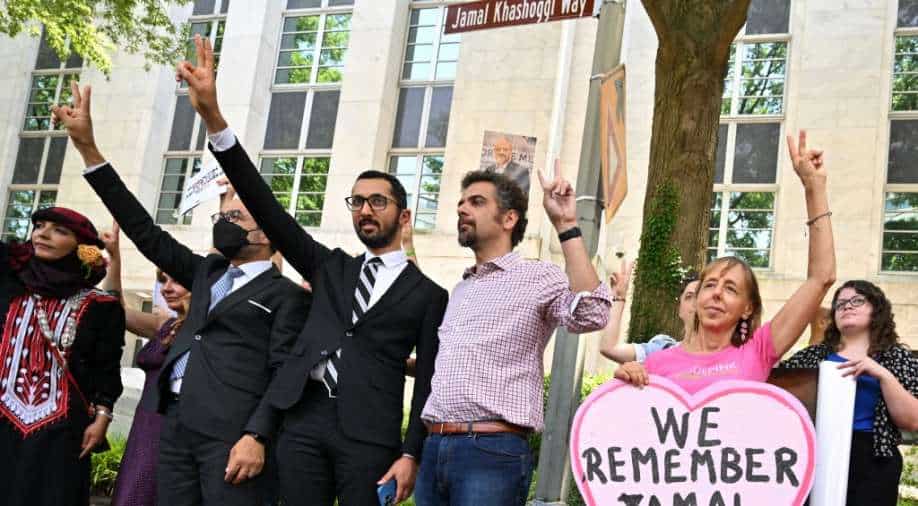 Jamal Khashoggi, a prominent journalist, was killed, dismembered and disposed of at the Saudi consulate in Istanbul in October 2018. US intelligence services claim that the Saudi crown prince, Mohammed bin Salman, ordered the killing

Ahead of US President Joe Biden’s visit to Saudi Arabia, a street in Washington DC in front of the Saudi embassy was renamed ‘Jamal Khashoggi Way’, in honour of the dissident Saudi activist and journalist who was killed in 2018.

Jamal Khashoggi, a prominent journalist, was killed, dismembered and disposed of at the Saudi consulate in Istanbul in October 2018. US intelligence services claim that the Saudi crown prince, Mohammed bin Salman, ordered the killing, though he denies it. Biden had even called Saudi a “pariah” over the killing.

On Wednesday, the new street sign was unveiled just after 1.14 pm ET, the time Khashoggi entered the Saudi consulate.

The street will serve as "a constant reminder, a memorial to Jamal Khashoggi's memory that cannot be covered up," said Phil Mendelson, president of the District of Columbia Council that voted unanimously to rename the stretch of New Hampshire Avenue, reports AFP.

According to AP news agency, the renaming is ceremonial as signified by the brown street sign instead of the usual green. It won't impact the embassy's mailing address. But the sign will remain indefinitely.

Khashoggi’s fiancée Hatice Cengiz, who could not attend the ceremony, issued a statement which was read aloud during the street naming event.

She called on Biden to answer for his hypocrisy and to demand answers regarding the whereabouts of her fiance’s body.

The statement said, “Today, on this happy but very solemn occasion, I have two messages. My first message is to Jamal. Dear Jamal, the ideas and values you lost your life defending have been celebrated worldwide and continue to spread in the region and in the globe.

“My second message is to President Joe Biden. Mr Biden, you’ll soon visit Saudi Arabia as president, where you’ll meet with Jamal’s heartless executioner, dishonoring yourself and Jamal … Mr President, I beseech you not to lose your moral authority or overlook this heinous crime. You must uphold your vow to bring all the perpetrators of this brutal crime to justice.”