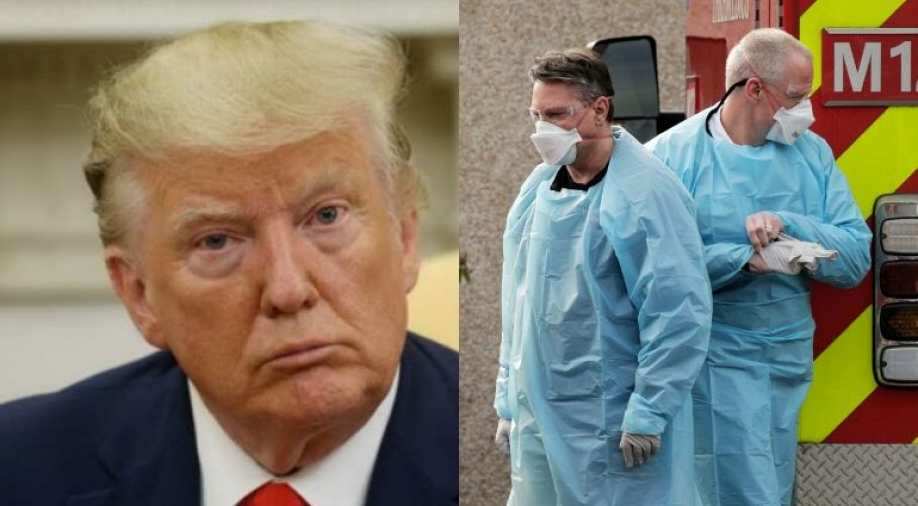 US stocks were battered again on Wednesday with the Dow Jones finishing below the 20,000-point level for the first time since 2017 despite the economic stimulus announced by Trump

As the death toll due to coronavirus jumped to over hundred in the United States, President Trump likened himself to a "wartime president" while vowing to fight the "invisible enemy".

Also Read: Not since World War-II has Germany faced such a challenge, says Chancellor Merkel

Trump invoked the Defense Production Act, 1950 in an attempt to beat the virus. The act allows the US government to  compel businesses to sign contracts and expand production.

The move is expected to ramp up production of protective masks and other equipment to fight the virus.

"I only signed the Defense Production Act to combat the Chinese virus should we need to invoke it in a worst case scenario in the future," the US president said, adding,"Hopefully there will be no need, but we are all in this together."

"I want all Americans to understand: we are at war with an invisible enemy, but that enemy is no match for the spirit and resolve of the American people," the US President added.

"We will be, by mutual consent, temporarily closing our northern Border with Canada to non-essential traffic. Trade will not be affected," he said.

Meanwhile, the US Senate passed a $100 billion emergency package as America grappled with the virus. Senators voted 90 to eight to pass the baill which has already cleared the House of Representatives.

US stocks were battered again on Wednesday with the Dow Jones finishing below the 20,000-point level for the first time since 2017 despite the economic stimulus announced by Trump.