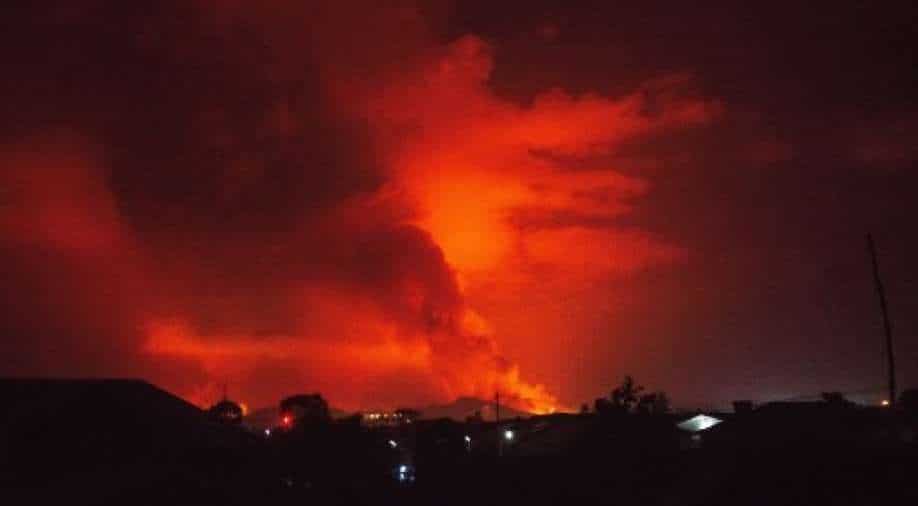 The government of Democratic Republic of Congo said on Saturday that eruption of second volcano was a 'false alarm'. The government had made an announcement about the eruption just hours ago. This came just a week after Mount Nyiragongo erupted causing devastation and mass exodus.

The government had said that Murara volcano had a "low intensity" eruption on Saturday morning sending lava flowing into an uninhabited area of Virunga Park.

Virunga Park is a wildlife reserve home to a quarter of the world's critically endangered mountain gorillas.

Murara is a small volcano considered to be a crater of Mount Nyamuragira, which along with Nyiragongo is known for strong volcanic activity.

However, the communications ministry then issued another statement saying "false alarm on Nyamuragira".

"A plane has just flown over the entire area on the sides of this volcano. No eruption was observed," it added.

"It was instead intense activities of carbonising wood into charcoal, the smoke of which was perceived as volcanic activity."

Aerial images of Nyamuragira taken Saturday morning and viewed by AFP showed just a few wisps of white smoke in the volcano's crater.

City in the shadow of Nyiragongo, Africa's most active volcano is still living in fear since the eruption on last Saturday. The strato-volcano spewed rivers of lava that claimed nearly three dozen lives and destroyed the homes of some 20,000 people before the eruption stopped.

Hundreds of aftershocks have rocked the region since and around 400,000 people have been evacuated from Goma.