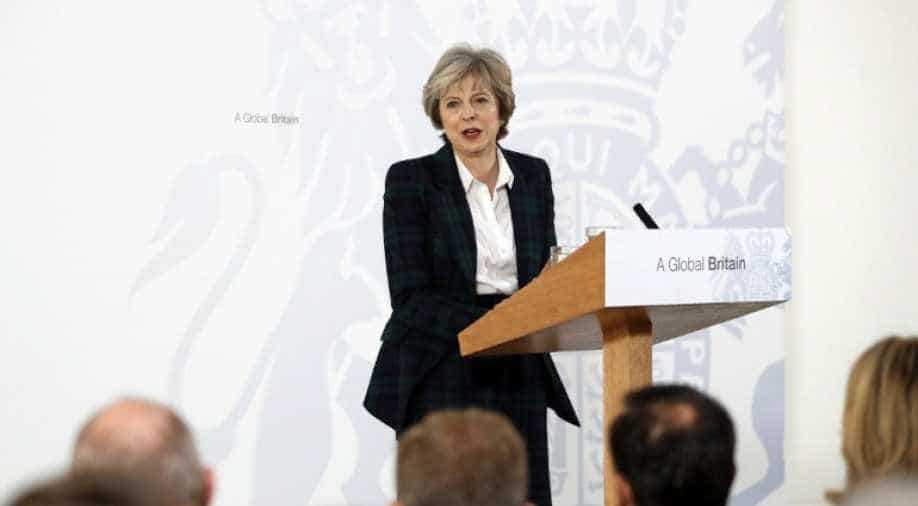 Prime Minister Theresa May on Tuesday said Britain will leave the EU's single market after leaving the European Union in order to restrict immigration in a clean break from the politico-economic union.

"What I am proposing cannot mean membership of the single market," May said.

The prime minister also announced that the exit deal would be approved by votes in both chambers of Britain's parliament.

The pound rebounded as the British PM drew out her 12-point plan to leave the 29-member bloc.

"Brexit must mean control of the number of people coming from Europe, and that is what we will deliver. What I am proposing cannot mean membership of the single
market," May said during a highly-anticipated speech at London's Lancaster House.

May said Britain wanted a news customs deal with the EU that would focus on giving Britain "the greatest possible access" to the market on its departure.

"I do want us to have a customs agreement with the EU," May said, adding that she had an "open mind" on how it was achieved and wanted "to remove as many barriers to trade as possible".

In her speech, May also said Britain wanted a "phased approach" to implementing its future relations with the politico-economic union to avoid a "cliff edge" for business.

"We will seek to avoid a disruptive cliff edge," she said, calling for a "phased approach" but saying she did not want an "unlimited transitional status".

May warned European Union member states against pushing for a punitive deal over Britain's departure, saying it would be an "act of calamitous self-harm".

Britain has two years to negotiate a break-up deal once May triggers Article 50 of the Lisbon Treaty, officially declaring the country's intention to quit.

May has promised to trigger Article 50 by the end of March, and said that she believed a final settlement and trade deal could be simultaneously negotiated within the timeframe.