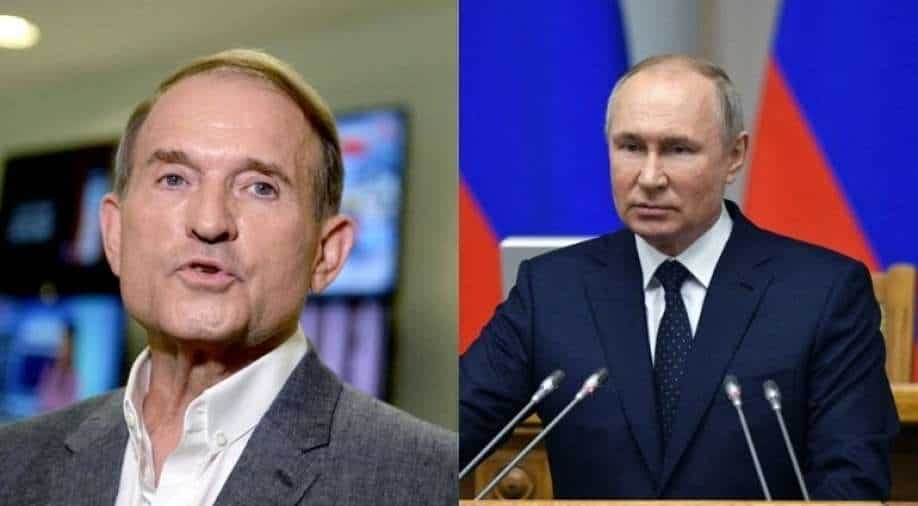 Medvedchuk, who promotes closer ties with Moscow and says President Vladimir Putin is godfather to his daughter, is widely seen as Russia's most prominent political ally in Kyiv

A Ukrainian court ordered the prominent pro-Russian politician Viktor Medvedchuk to be put under house arrest on Thursday while he faces allegations of treason in a case that could ratchet up tensions with Russia.

Medvedchuk, who promotes closer ties with Moscow and says President Vladimir Putin is godfather to his daughter, is widely seen as Russia's most prominent political ally in Kyiv.

After an eight-hour court hearing in Kyiv, Medvedchuk was ordered to remain under house arrest until July 9, wear an electronic bracelet and surrender his passport.

He hugged associates after the judge's ruling and told reporters: We "will continue to fight so that illegal charges are not brought against me."

Outside, a crowd of nationalist protesters had shouted "Medvedchuk is an agent of the Kremlin" and lit flares during the hearing.

If found guilty, Medvedchuk could face up to 15 years in prison.

Medvedchuk, who says he has known Putin for decades, continued to hold meetings with the Russian leader after 2014, when Moscow annexed Crimea and supported separatist forces in a conflict in eastern Ukraine that Kyiv says has killed 14,000.

The Kremlin has said in the past that Putin has great respect for Medvedchuk and values his role as an intermediary with Kyiv. Kremlin spokesman Dmitry Peskov said on Wednesday Moscow would not interfere in Medvedchuk's case, but that it is "watching this in the most careful way and would like to make sure that there are no political motives behind this case".

Relations between Moscow and Kyiv have been increasingly tense in recent months, with Russia having massed additional troops near the border and the two countries trading blame for a collapse in the ceasefire in eastern Ukraine.

The treason case is part of a crackdown against Medvedchuk that began in February when he and several associates were put under sanctions by Ukraine's president and three television channels owned by an ally were forced off air. The Kremlin had described the sanctions as alarming.