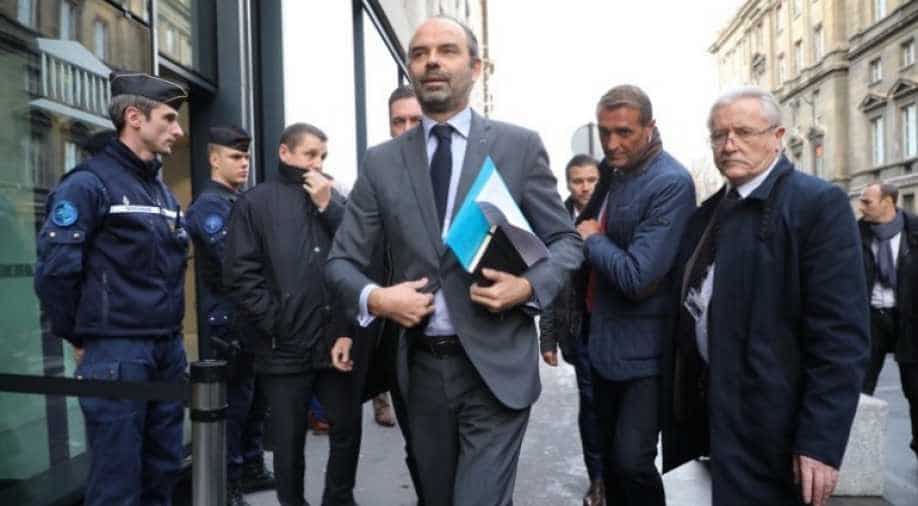 The prime minister added that the French government would work with trade unions to introduce a single points-based pension scheme.

French Prime Minister Edouard Philippe on Friday said that the government is "very determined" to go ahead with its pension reform, news agency AFP reported.

The prime minister added that the French government would work with trade unions to introduce a single points-based pension scheme.

Philippe stressed that the proposed changes in the current pension scheme would be unveiled on Wednesday and will be introduced "progressively, without harshness," AFP reported.

President Emmanuel Macron-led government is facing a lot of dissent over the proposed overhaul to the existing pension scheme.

The French government believes that the new pension reform will be fair to all but will also require people to work longer and beyond the minimum pension age, which in France is 62 years.

Meanwhile, French unions on Friday called for strikes and mass protests next week on Tuesday. This comes after thousands took to the streets on Thursday protesting Macron-proposed retirement overhaul.

"Everybody in the street on Tuesday, December 10, for a new day... of strikes, actions and protests," Catherine Perret, a senior member of the CGT union, France's biggest public-sector union, told reporters after a meeting of four unions.

Unions' strikes and protest spilled into the second day on Friday, derailing public transport and affecting hundreds on travelers.

Unions argue that Macron's "universal" pension system would eliminate dozens of separate plans for public workers and will force millions of people, in both public and private sectors, to work well beyond the legal retirement age of 62.