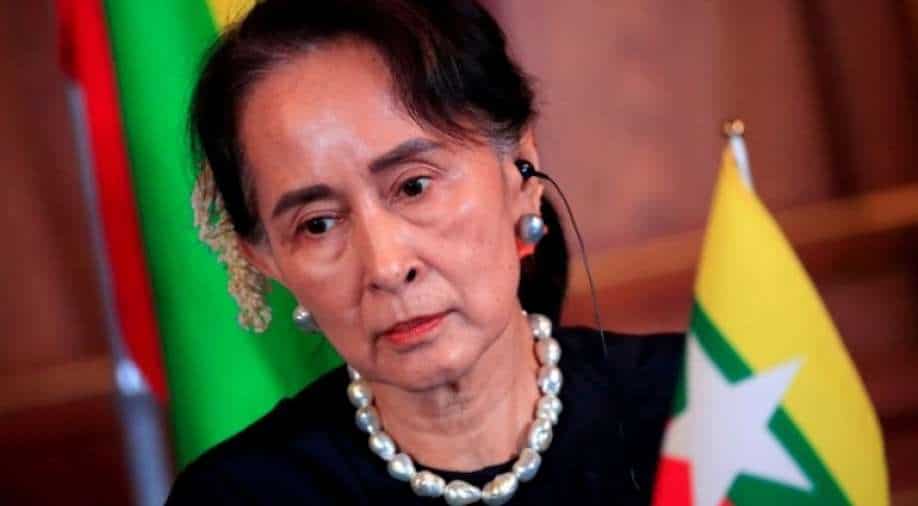 Myanmar has been in turmoil since the military's February coup, which sparked huge protests and a bloody crackdown on dissent

A Myanmar junta court will give its verdict next month on whether ousted leader Aung San Suu Kyi broke coronavirus rules during elections her party won last year, a source said Tuesday.

Myanmar has been in turmoil since the military's February coup, which sparked huge protests and a bloody crackdown on dissent.

Suu Kyi, 76, went on trial in June, and faces a raft of charges, including illegally importing walkie-talkies, corruption and sedition.

Media have been barred from attending proceedings at the special court in the military-built capital Naypyidaw, and the junta recently banned Suu Kyi's legal team from speaking to reporters.

On Tuesday, she appeared at the latest hearing in the trial for allegedly flouting coronavirus rules during the 2020 elections, a source with knowledge of the matter said.

She would testify in her defence next week, the source said, adding a "final order pronouncing the verdict of the court" was set for December 14.

The junta court will also hear closing arguments in a separate trial for incitement next week as it begins to wrap up proceedings that could see the Nobel laureate jailed for decades.

The military has alleged that the 2020 elections, which Suu Kyi's National League for Democracy won by a landslide trouncing a military-backed party were beset with fraud.

The junta has threatened to dissolve the NLD and continues to wage a bloody campaign against opponents to its rule.

She had no plan to appeal, Aung Thein said following the trial inside a prison in state capital Hpa-an.

Last month, Win Htein, a former NLD parliamentarian and close Suu Kyi aide, was handed 20 years in jail for treason, the first high-ranking member of the party to be jailed by a junta court.