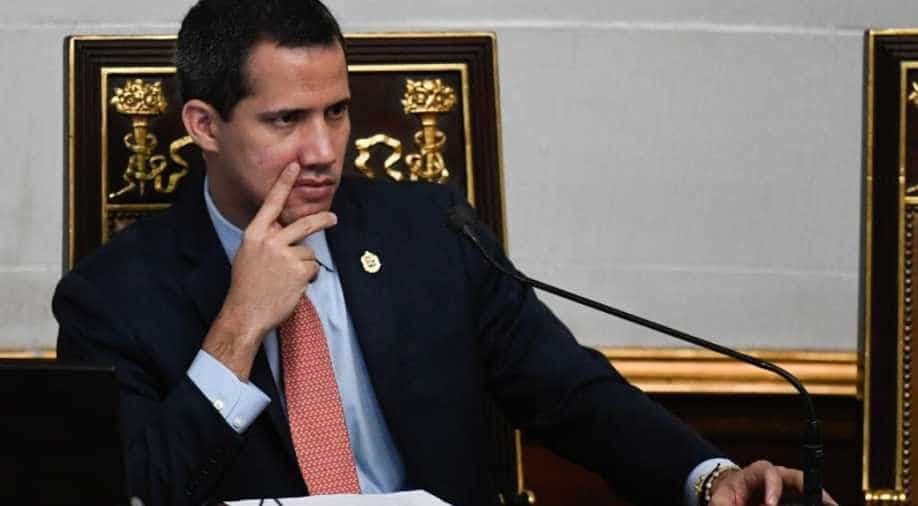 Guaido, recognised as Venezuela's interim president by the United States and 50 other countries, has so far failed to bring down President Nicolas Maduro despite months of struggle and economic crisis.

Venezuelan opposition leader Juan Guaido, on a charm offensive to back his bid to oust his country's leader, claimed Saturday to have the "firm support" of French President Emmanuel Macron.

Guaido, recognised as Venezuela's interim president by the United States and 50 other countries, has so far failed to bring down President Nicolas Maduro despite months of struggle and economic crisis.

On Saturday, Guaido told Europe 1 radio: "We had firm support from President Macron," after the pair held talks in Paris on Friday.

After the meeting at the Elysee Palace, Macron tweeted, "France supports the rapid organisation of a free and transparent presidential election" in Venezuela.

But Maduro's Foreign Minister Jorge Arreaza responded by telling Macron to concentrate on tackling the recent protests in his own country.

"A deaf and arrogant government... cannot give lessons in democracy to anyone, and certainly not to Venezuela," he tweeted in French.

Guaido defied a travel ban to meet officials in London and Brussels before heading to the World Economic Forum in Davos, Switzerland, this week.

But despite giving him a warm welcome, EU officials have not announced any concrete measures to help foster a political solution to Venezuela's deepening crisis.

"We are facing an international criminal conglomerate and we need your help," Guaido told Davos participants. "Alone, we are not going to get there."

It was in Davos last year that several heads of state recognised Guaido as interim president. But despite presiding over the economic collapse of his oil-rich nation, Maduro is still in charge, defying a growing list of US and EU sanctions.