USC agrees to pay $1.1 billion to patients of gynecologist accused of abuse 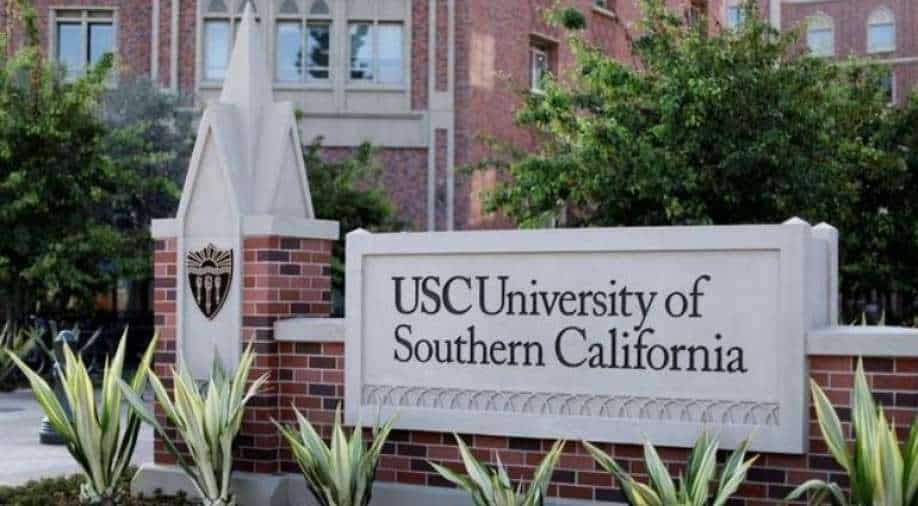 The University of Southern California announced on Thursday that it will pay more than $1.1 billion to the former patients of a campus gynecologist accused of preying sexually on hundreds of patients, marking what university officials called “the end of a painful and ugly chapter in the history of our university.”

The staggering sum — a combination of three sets of settlements with thousands of alleged victims of Dr. George Tyndall — sets a record for collegiate sex abuse payouts, compensating a generation of young USC women.

The USC claims — which arose from only one of several scandals to engulf the university in recent years — reflected a 2018 federal class action settled earlier for $215 million, a second group of several dozen cases in which the amount of the settlement was not made public and a third settlement for $852 million with about 700 plaintiffs, which the university said was reached with the aid of a private mediator and a Los Angeles Superior Court judge.

“It’s a bittersweet victory,” said Ja’Mesha Morgan, who was among the plaintiffs in the settlement announced Thursday, adding that she was a law student at USC when she was abused by Tyndall in 2016.

“On one hand, it really exemplifies the gravity of what Tyndall’s survivors had to experience, and really set in stone our truth as to what occurred,” said Morgan, now a 27-year-old lawyer. “But it’s also a really grueling reminder of the price tag USC was willing to put on our safety and our mental health.”

John C. Manly, who represented the third group of plaintiffs, said that “the reason USC paid this money was that there was culpability — they knew early on, in the early ’90s and all the way through his tenure that this was happening.”

This week’s settlement, which he said would be distributed among the plaintiffs in awards ranging from about $250,000 to several million dollars, will provide by far the largest per-victim payout, he said. But combined, the outcome of the litigation sends a message, he added: “If you’re an institution of higher education, you will pay if you do this.”

The total settlement is huge by any measure and is an abject admission that the university failed its female students over many years, experts said. Such large settlements are seismic in the academic world, which has been reeling from sexual abuse and harassment claims against students, professors and now, on a grand scale, a campus gynecologist.

The settlement at USC is twice the size of the half-billion dollars won by victims of Larry Nassar, the Michigan State University physician who sexually abused young women under the guise of medical treatment. It dwarfs other payments, like those in the sex abuse scandal at Pennsylvania State University. And it is larger than many of the settlements that followed the child sex abuse crisis in the Roman Catholic Church.

“It is by far the largest sexual settlement ever,” said Brett Sokolow, president of the Association of Title IX Administrators, which deals with sexual harassment and abuse on campus.

“It’s a recognition of suffering, and it’s a pretty stunning mea culpa,” Sokolow said. “When you’re talking about this quantum of money, it’s an admission of liability.” He continued, “An admission that there were hundreds of cases where the university had knowledge or without much diligence could have known what was going on, and failed to put an end to it.”

Over many years, the complaints against Tyndall ranged from the merely inappropriate — like remarking on how nice a woman’s skin appeared — to overtly sexual comments, to abusive physical acts that were deeply traumatizing to the women he treated. One woman, who spoke to The New York Times in 2018, said she was still haunted by her encounters with Tyndall, saying it had affected her sex life through adulthood. Some women reported that during appointments, he showed off photographs he had of the genitals of other women.

Allison Rowland, 54 — who said she was a graduate student at USC in 1993 or 1994 when Tyndall called her in for a “painful and strange” examination that culminated in a display of Polaroid close-ups of the bodies of other patients — said that the university’s earlier settlement offers were “pitiful” amounts of money aimed at “making us go away cheap.”

She said she hopes the eye-popping size of this week’s payout will cause “their risk managers and their attorneys” to look back at older complaints “about the weird men — and they are all men — they have on staff and get serious.”

In a letter to students and alumni, the president of the university, Carol L. Folt said, “These events have been devastating for our entire community.”

Folt also said the university would fund the settlement over two years through a combination of “litigation reserves, insurance proceeds, deferred capital spending, sale of nonessential assets, and careful management of nonessential expenses.” She added that no philanthropic gifts, endowment funds or tuition would be redirected to pay the costs.

USC’s general counsel, Beong-Soo Kim, said that resolving the litigation “has been a top priority” for the university.

Revelations that Tyndall had abused students for years were first made public in 2018 in an exhaustive report published by the Los Angeles Times, for which the newspaper won a Pulitzer Prize for investigative reporting.

While the allegations of misconduct were first brought to the university’s attention in the 1990s, USC did not immediately report him to the state medical board, and he was not suspended from his job until 2016. After an investigation that led to the first briefing on the allegations for senior leaders of the university, Tyndall was arrested in 2019 outside his apartment in Los Angeles and prosecutors charged him with 29 counts of sexual assault involving 16 women. Through his lawyers, he has continued to deny wrongdoing. He has pleaded not guilty to 35 counts of criminal sexual misconduct and is free on bond.

After the university set up a hotline and website to receive complaints, more misconduct allegations from students poured in. After the scandal became public in 2018, the university sent emails to more than 350,000 people associated with the university, including students and alumni, with directions on how to report complaints.

The scandal, which forced the university’s president at the time, C.L. Max Nikias, to resign under pressure, erupted a year after USC had been embroiled in another scandal, when the popular dean of the medical school was fired after being accused of using drugs and partying with prostitutes.

Even after Nikias was forced out, scandals, big and small, continued to engulf the university, once regarded as a party school for Los Angeles’ elite before it was transformed into a top-tier university with an endowment to rival Harvard’s and a faculty that included several Nobel laureates.

There was the dean of the business school who was forced out over his handling of workplace misconduct claims. And then 2019, USC was ensnared in a wide-scale college admissions scandal, one that involved universities across the country, in which wealthy parents were accused of paying thousands of dollars — bribes to be more succinct — to get their children, many of whom underperformed academically, into colleges with athletic scholarships. Four USC athletics officials were charged in federal court with taking bribes, and some parents went to prison.

In late 2018, USC settled a federal lawsuit stemming from the allegations against Tyndall for $215 million, although it was clear then that the university’s legal problems were not over, as nearly 500 women, at that time, were suing the university. The settlement announced Thursday compensated the more than 700 women who had filed cases in Los Angeles Superior Court, the university said.

“The behavior that was discovered shocks the conscience of the university to its core,” Rick Caruso, chair of the university’s board of trustees, said in a statement. “Our institution fell short by not doing everything it could to protect those who matter most — our students, and I am sorry for the pain this caused the very people we were obligated to protect.”