US will have a fantastic year ahead: Donald Trump in New Year Eve message 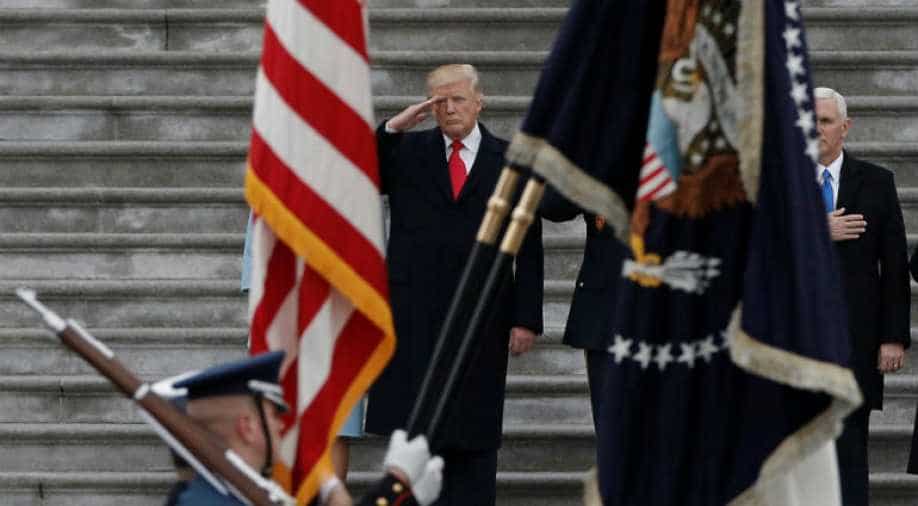 US President Donald Trump salutes as he presides over a military parade in Washington, DC. Photograph:( Reuters )

US President Donald Trump has said the US will have a "fantastic year" ahead as he touted the economic success during his first year in office.

The remarks came as the president walked into the New Year's Eve party at Mar-a-Lago, his Palm Beach, with first lady Melania Trump.

The president said the country is already "off to a very good start" while highlighting some of provisions included in the Republican tax cut plan, his administration's first major legislative victory.

"We are off to a very good start, as you know, with the great tax cuts and ANWR and getting rid of the individual mandate, which is very, very unpopular, as you know," he said.

The president did not say much when asked about the latest wave of threats by North Korean Leader Kim Jong-Un, who touted in a New Year speech that he possesses nuclear weapons that are capable of striking mainland US.

High profile guests at the president's party included his children as well as other top government officials.

Trump and and Barron were both in tuxedos. First Lady Melania had a full length rose gold glittery gown with floral accents.