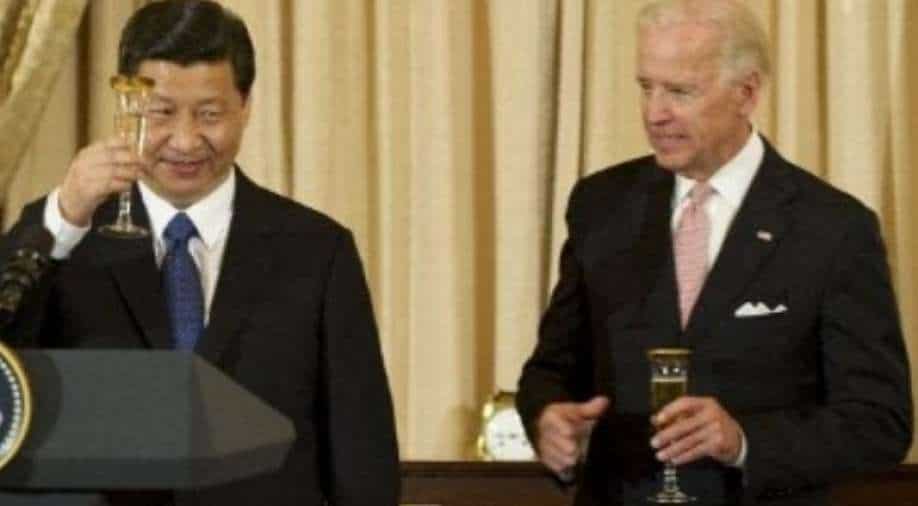 Chinese President Xi with the then US vice-president Joe Biden in 2012 Photograph:( AFP )

Chinese ambassador Qin Gang told a local channel in the US that some people in the US "in their delusions" think they are James Bond and cannot "resist the urge to act out their own play".

Amid tensions between the US and China, ambassador Qin Gang said that the US shouldn't go by the "cold war playbook, travestied from 007 movies" and it should just be left to Hollywood.

Gang's comments came as the CIA recently announced that it was opening a centre “to address the global challenge posed by China".

The Chinese ambassador was however not impressed as he asserted that some people in the US "in their delusions" think they are James Bond and cannot "resist the urge to act out their own play".

Gang said it was "meaningless" and "harmful actions" while informing that President Biden during his phone call with Chinese President Xi had sought to "avoid miscommunication, miscalculation and unintended conflict".

While opening the Chinese centre, the CIA had said that it faces the "toughest geopolitical test in a new era of great power rivalry" referring to China.

China's repeated air incursion in recent weeks has led to increased tensions between the Biden administration and China as Taiwan's defence minister declared that the Communist nation is in a position to invade the country in 2025.

President Biden last week had declared the US was ready to abide by the Taiwan agreement after his phone call with President Xi as tensions escalated over Taiwan.

Last week China had sent 56 warplanes to Taiwan in a single day which was the largest number of planes sent to the country which included bombers and fighter jets as Taiwan scrambled its jets and put missile launchers in place to thwart the Chinese threat.