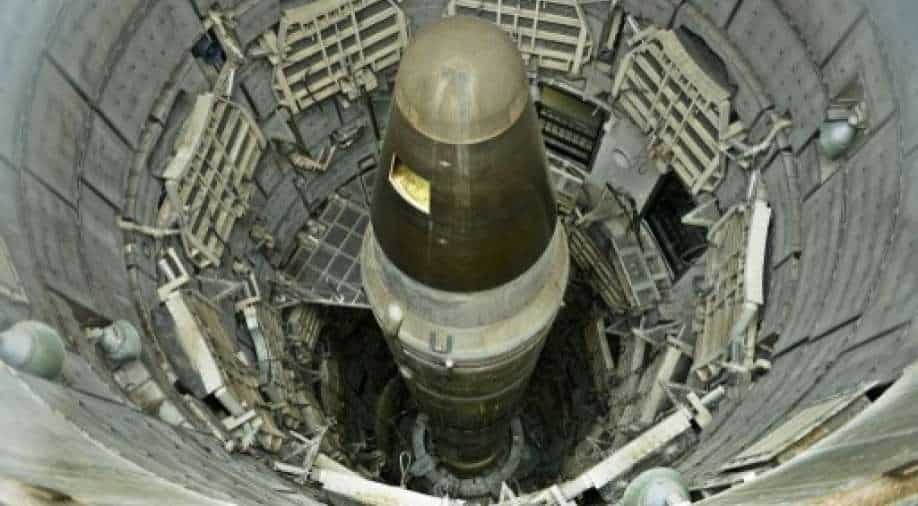 The report on nuclear warheads was released by the Biden administration as the US looks to kickstart arms control talks with Russia.

The US government published a report revealing its nuclear warheads for the first time in four years after the former Trump administration had put a blanket ban on it.

According to the data, the US military has 3,750 active and inactive nuclear warheads as of September 30 last year.

The figures showed the number of nuclear warheads in the US military was down 55 per cent in 2020 compared to 2019.

The report was released by the Biden administration as the US looks to kickstart arms control talks with Russia. Former President Trump had pulled the US out of Intermediate-Range Nuclear Forces (INF) treaty with Russia.

The New Start Treaty between Russia and the US was also left in limbo by the former Trump administration. Biden after coming to power in January proposed a five-year extension to the New Start pact which was agreed by Russian President Putin.

The New Start Treaty treaty caps the number of nuclear warheads the US and Russia can deploy.

The CTBT bans nuclear testing including those meant for peaceful purposes which applies to tests on the ground, underwater and in the atmosphere. The CTBT hasn't been ratified by the US although it has been signed by 183 countries.

The US report revealed that the country now has the lowest number of nuclear warheads since the Cold war as it had over 31,200 warheads during its superpower rivalry with the former Soviet Union.

The US State Department asserted that the report was meant to ensure "nonproliferation and disarmament effort".