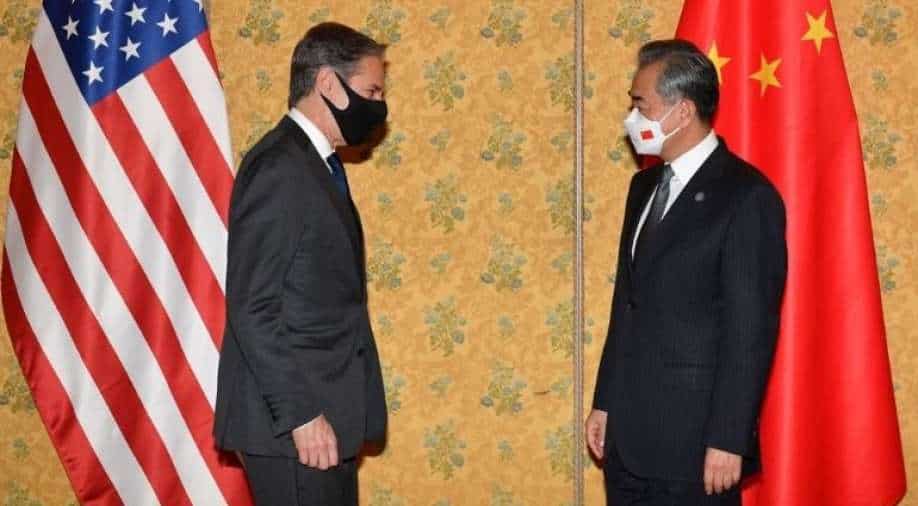 US Secretary of State Antony Blinken meets Chinese Foreign Minister Wang Yi on the sidelines of the G20 summit in Rome, Italy on Sunday. Photograph:( Reuters )

US Secretary of State Antony Blinken met with Chinese Foreign Minister Wang Yi. The meeting took place on the sidelines of the Group of 20 summit. The conversation was described as candid, constructive and productive. During the roughly hour-long meeting, Blinken conveyed US concerns to his counterpart

As part of the Group of 20 summit on Sunday, US Secretary of State Antony Blinken met with Chinese Foreign Minister Wang Yi. It was an outreach designed to ensure that the troubled relationship between the world's two large economies doesn’t evolve into an open conflict.

The conversation was described as candid, constructive and productive by the senior state department officials.

During the roughly hour-long meeting, Blinken conveyed US concerns to his counterpart. The officials, shared the information on the condition of anonymity.

At the meeting, Blinken said China has increased tensions with regard to Taiwan, and US wants to continue its 'one-China policy’, which recognises Beijing but allows informal relations and defence ties with Taipei.

The goal of the US was to maintain an open line of communication with China, and set a virtual meeting between US President Joe Biden and Chinese counterpart Xi Jinping later this year.

Slamming the ''brutal'' bureaucracy in the US, Hyten said, ''China will surpass Russia and the United States if we don't do something to change it. It will happen. So, I think we have to do something."