US regulators order deeper inspections of engines after Denver incident 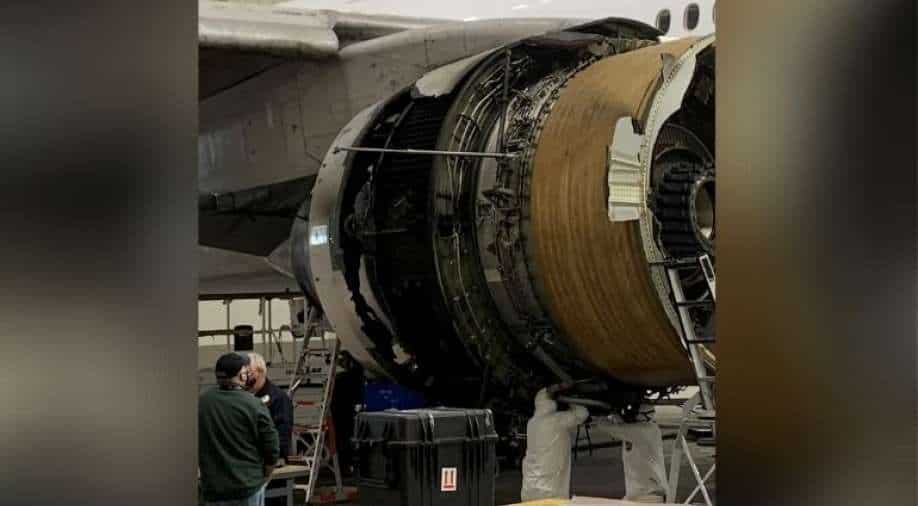 After a United Airlines' engine suffered a fire, the US regulators have ordered more inspections of certain Pratt and Whitney airplane motors.

The engine failure over the weekend in the United Airlines flight had led to dozens of Boeing 777 aircraft being grounded worldwide, fearing the possibility of any such future incidents.

This order has been issued by FAA "as a result of a fan-blade failure that occurred Saturday on a Boeing 777-200 that had just departed from Denver International Airport."

The United Flight 328 in question was flying from Denver to Honolulu. Shortly after its take-off, metal fatigue emerged in the engine, leading to an engine failure. The right-side engine caught fire mid-air, leading to debris falling off in neighbourhoods of Broomfield.

"Operators must conduct a thermal acoustic image (TAI) inspection of the large titanium fan blades located at the front of each engine. TAI technology can detect cracks on the interior surfaces of the hollow fan blades, or in areas that cannot be seen during a visual inspection," the FAA said.

Even before the Denver incident, the US regulators have been investigating jets with Pratt & Whitney engines, for which questions were raised following the December 2020 incident in Japan.