US President Trump has made 23 false claims every day in the last 14 months: Report 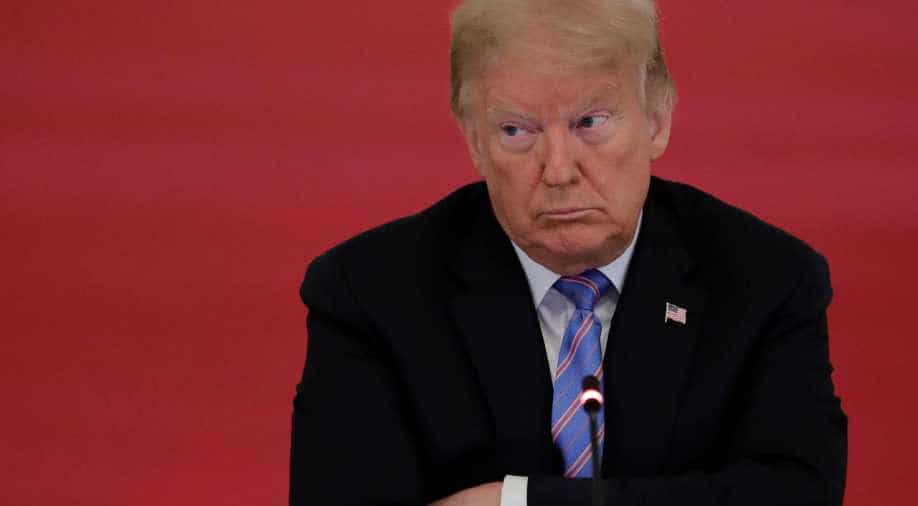 New calculations have found that he may have made over 20,000 misleading claims or entirely false ones after taking charge as the president of the United States

Donald Trump is no stranger to bizarre claims, and new calculations have found that he may have made over 20,000 misleading claims or entirely false ones after taking charge as the president of the United States.

The calculation, made by the Washington Post traces a “tsunami of untruths” that have slipped the president’s mouth. The newspaper says that Trump hit the 20,000-mark on July 9. On the same day alone, he had made 62 false claims.

Also read: US President Donald Trump says 240 miles of wall on the border with Mexico complete

The July 9 claims were made in an interview with a Fox News host - Sean Hannity, whereby he claimed to have “tremendous support” among the African American community. On the same day, he claimed that former US President Barack Obama and the 2020 Democrat hopeful Joe Biden spied on Trump and his campaign in 2016. He, however, offered no evidence.

The Washington Post had curated its database during Trump’s first 100 days in office, as part of which they combed through Trump’s every word, be it at media briefings or at election rallies. They also took into account his Twitter page, where he spends a lot of time talking about himself.

Just in the first 100 days since the newspaper had begun tracking Trump’s lies, over 492 misleading or false claims were made. “The tsunami of untruths just keeps looming larger and larger”, they claimed.

In fact, the team of fact-checkers never thought Donald Trump would hit the 20,000 lie milestone during his current term.

“The notion that Trump would exceed 20,000 claims before he finished his term appeared ludicrous when the Fact Checker started this project,” said Glenn Kessler, editor and chief writer.

Trump has made at least 23 false claims every day in the last 14 months. It all began with the Mueller report, the failed impeachment trial against him, the ongoing COVID-19 crisis, followed by the murder of George Floyd, which triggered protests not only in the country, but around the world.

Just pertaining to the COVID-19 pandemic, the US president has lied 1,200 times. Most of these surrounded his claims of testing rates in the country. Even though the US had undertaken rigorous testing intermittently, medical experts have repeatedly warned how it fell short taking into account the severity of the outbreak in the country.

Among his biggest lies would be the claim that the US economy is booming under his leadership. Starting in June 2018, the Post said [the claim] “quickly became one of his favourites”.

However, Trump has overstretched this rhetoric. Recently, he went as far as claiming that this was the best an economy had performed in the history of mankind, which again, is far from the truth.

Just yesterday, on July 13, reports came out that Trump had attempted to sell off the island of Puerto Rico in the aftermath of Hurricane Maria, sparking outrage.