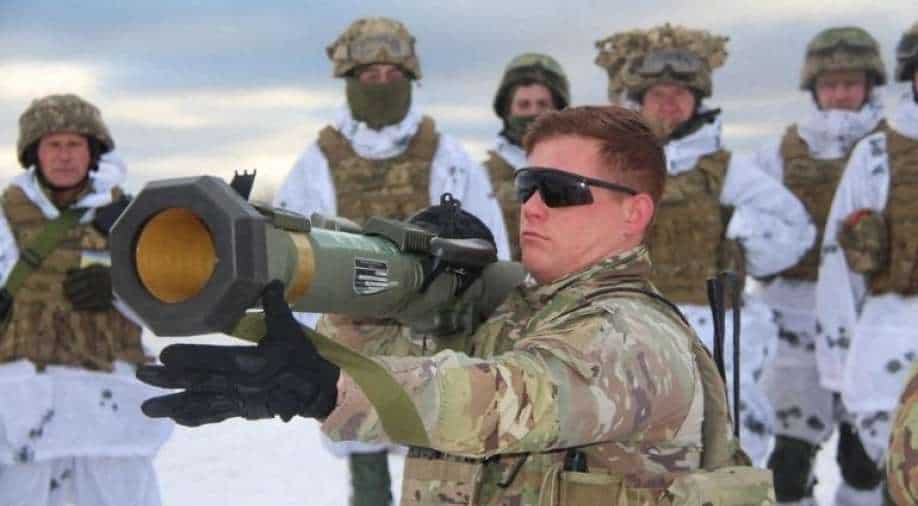 Biden has said he will not put American troops in Ukraine to fight any Russian incursion, although the United States is supplying Ukraine with weapons to defend itself

US President Biden on Wednesday approved the deployment of additional 3,000 US military troops to Eastern Europe as per a senior administration official.

"The Department of Defense will reposition certain Europe-based units further east, forward-deploy additional US-based units to Europe, and maintain the heightened state of readiness of response forces" to meet commitments to NATO, the administration official said.

Biden has said he will not put American troops in Ukraine to fight any Russian incursion, although the United States is supplying Ukraine with weapons to defend itself.

"These forces are not going to fight in Ukraine. They are not permanent moves. They respond to current conditions," the official added

The move is being viwed by experts as Washington reinforcement towards its allies against what it describes as a Russian threat to invade Ukraine.

Moscow, which has massed more than 100,000 troops near Ukraine's borders, denies any plan to invade its neighbour but says it could take unspecified military measures if demands are not met, including a promise by NATO never to admit Kyiv.

According to US media reports, around 2,000 troops will be sent from Fort Bragg, North Carolina to Poland and Germany, while another 1,000 already in Germany will be moved to Romania.

The Pentagon also has put about 8,500 US-based troops on higher alert for possible deployment to Europe as additional reassurance to allies, and officials have indicated the possibility that additional units could be placed on higher alert soon.

Also see | Beyond full scale attack on Ukraine, what are other risky options does Russia have?

The US already has between 75,000 and 80,000 troops in Europe as permanently stationed forces and as part of regular rotations in place such as Poland.

Washington and Moscow have been at loggerheads over Ukraine, with little sign of a diplomatic path forward.

In his first public remarks on the standoff in more than a month, Putin on Tuesday accused the U.S. and its allies of ignoring Russia’s central security demands but he said that Moscow is willing to talk more to ease tensions over Ukraine.

His remarks suggested that a potential Russian invasion may not be imminent and that at least one more round of diplomacy is likely.

Ukraine has been battling Moscow-backed insurgencies in two separatist regions since 2014, when Moscow annexed the peninsula of Crimea.

More than 13,000 people have been killed in the fighting, the last major ongoing war in Europe.