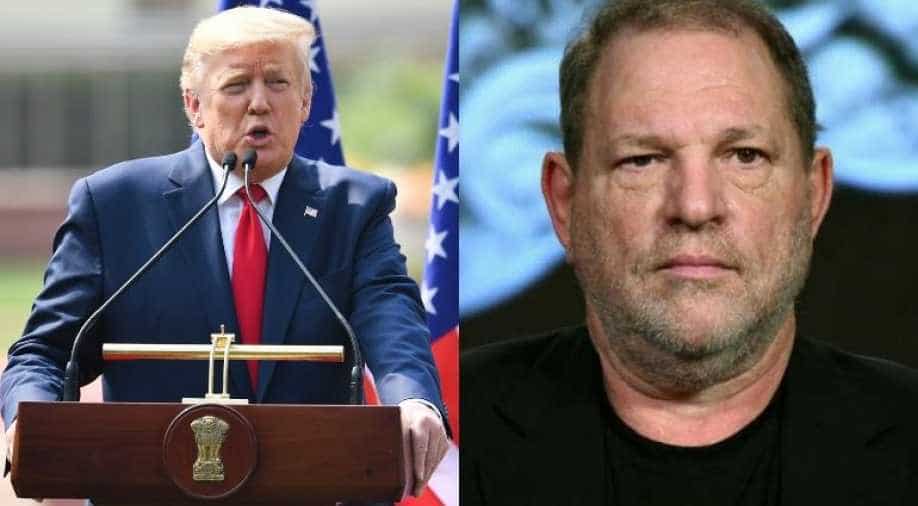 Weinstein, 67, was acquitted of first-degree rape and predatory sexual assault by the New York court, charges that could have seen him jailed for life.

Harvey Weinstein's sex crimes conviction was a "great victory" for women, US President Donald Trump said Tuesday without acknowledging the numerous accusations of sexual misconduct he has faced.

The disgraced Hollywood movie producer was found guilty on Monday of rape and sexual assault in a verdict hailed as a historic landmark by the #MeToo movement against sexual misconduct.

Also read: The Harvey Weinstein timeline: From studio to courtroom in 40 years

"From the standpoint of women, I think it was a great thing," Trump said at a news conference in India.

Weinstein, 67, was acquitted of first-degree rape and predatory sexual assault by the New York court, charges that could have seen him jailed for life.

But he faces up to 29 years in prison for criminal sexual acts in the first degree and third-degree rape.

"He was a person I didn't like," Trump told reporters in New Delhi. "I just was not a fan of his. I knew him a little bit, not very well."

Trump, 73, failed to mention that at least 16 women have accused him of sexual misconduct.

Among them is prominent writer E. Jean Carroll who alleges that Trump raped her in the changing room of a luxury New York department store in the mid-1990s.

She is suing him for defamation, claiming that his denials of the alleged attack, in which he said, "She's not my type," had damaged her reputation and career.

Summer Zervos, a one-time contestant on Trump's reality television show "The Apprentice," has also sued him for defamation after he said she lied in claiming that he groped and forcibly kissed her.

Trump denies all the allegations and has never been prosecuted over them.

A month before his election victory in November 2016, a ten-year-old tape came to light in which the former reality TV star and real estate tycoon bragged about assaulting women.