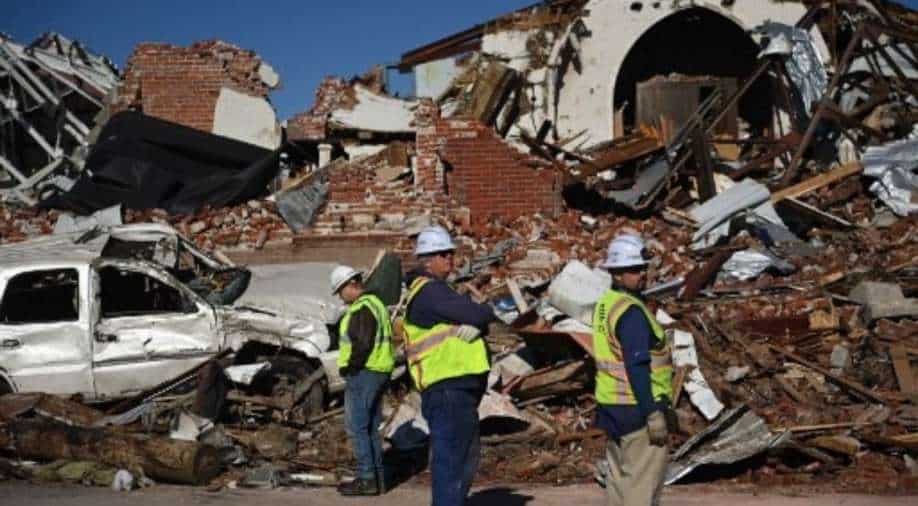 Kentucky Governor Andy Beshear revealed a grim reality of the region that was left devastated after powerful tornadoes ripped through at least six states in the US late Friday and early Saturday. The tornadoes caused massive destruction of life and property, leaving at least 100 people dead.

"The confirmation process is slow. I can tell you from reports that I've received, I know we've lost more than 80 Kentuckians. That number is going to exceed more than 100," Beshear told CNN.

Beshear said that most of "morgues aren't big enough" so the coroners are coming in from all over the state to help as the catastrophic tornadoes killed more than 80 in Kentucky alone. He added that he expects the death toll in the state to surpass 100 from the disaster.

"One of our challenges is we're losing so many people in this, most of our morgues aren't big enough so our coroners from all over the state are coming in to help," Beshear told NBC's 'Meet The Press'.

IN PICS | Tornadoes in US: Before and after satellite images show massive destruction

On Sunday (December 12), Several Kentucky residents woke up without power, gas or even a roof over their heads after the tornadoes destroyed homes and businesses.

Videos and satellite images showed the scale of devastation across the town of 10,000 people in the state's southwestern corner. People are hoping to find those who are missing as footage revealed that homes were flattened, leaving many homeless.

A candle factory n Mayfield was reduced to a pile of rubble, where about 110 people were inside when the storm hit as Beshear said about 40 workers from there.

In a trembling voice, Beshear during NBC's 'Meet The Press' said that emergency warnings were given in the area but the size and power of the tornadoes were devastating.

It has been reported that it was a series of thunderstorms, including a supercell storm that formed in northeast Arkansas. That storm moved from Arkansas and Missouri and into Tennessee and Kentucky.

Victor Gensini, a professor in geographic and atmospheric sciences at Northern Illinois University said that unusually high temperatures and humidity created the environment for such an extreme weather event at this time of year.

United States President Joe Biden told reporters he would ask the Environmental Protection Agency to examine what role climate change may have played in fueling the storms.