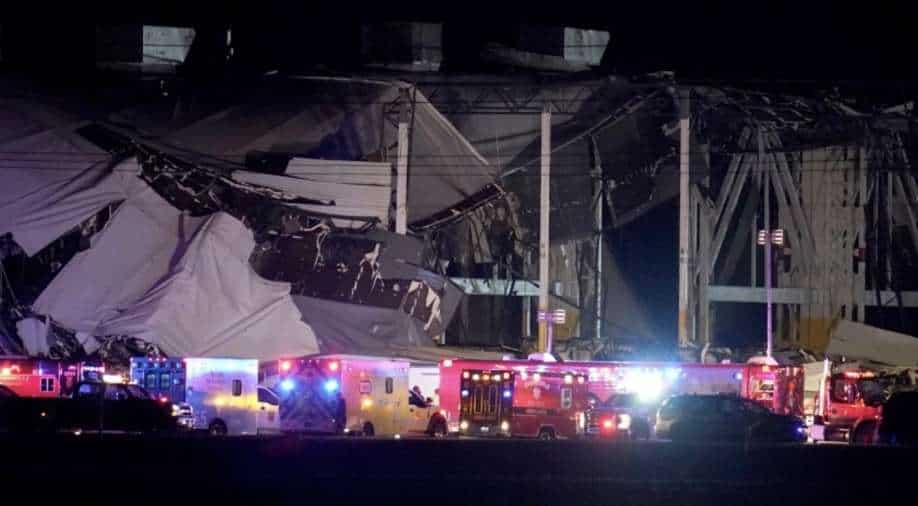 At least six people were killed after an Amazon warehouse collapsed in Edwardsville, Illinois. This has sparked concern among the staff members regarding phones being banned in the workplace. A total of 5 Amazon employees have said that they want access to information, including weather updates through their smartphones, reports Bloomberg.

Two of these employees work across the street from the building that collapsed.

One worker from the neighbouring facility said, "After these deaths, there is no way in hell I am relying on Amazon to keep me safe. If they institute the no cell phone policy, I am resigning."

The employees claim that phones can help them communicate with people and seek help in case of such emergencies.

For years, Amazon had prohibited workers from carrying their phones at warehouses. Even though the company backed off from the policy during the pandemic, it has been gradually reintroducing it.

As of now, Amazon has declined to address these concerns raised by the workers. The company says that its current focus is “on assisting the brave first responders on the scene and supporting our affected employees and partners in the area."

Describing it as a "mass casualty incident," the Collinsville Emergency Management Agency worked through the early hours of Saturday to rescue employees trapped at the facility.

In a statement, Amazon spokesperson Richard Rocha said "the safety and well-being of our employees and partners is our top priority right now. We're assessing the situation and will share additional information when it's available."