US orders non-essential diplomats in Myanmar to return: State Department 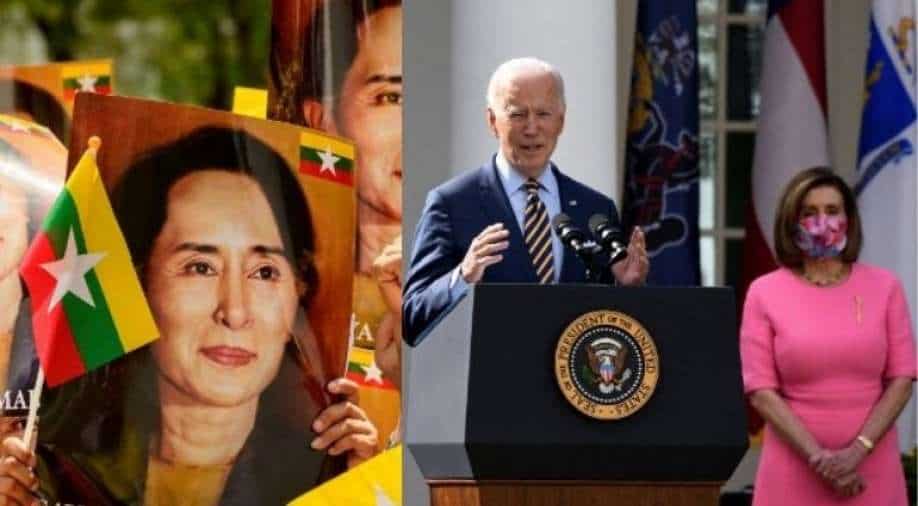 Considering the rising violence in the country, the US State Department had earlier, in mid-February, authorised a 'voluntary departure of non-emergency US government employees and their family members'

As the number of casualties by Myanmar's military coup is alarmingly increasing, the US State Department has ordered its non-essential diplomats in Myanmar to return to the US.

Amid a crackdown on protestors, which has taken hundreds of lives in the past few days, the US State Department sees it to be fit to call all non-essential diplomats back to the US for their own safety.

"The Burmese military has detained and deposed elected government officials. Protests and demonstrations against military rule have occurred and are expected to continue," the State Department issued a statement.

Since the military coup began, a few months back, locals of Myanmar have been regularly taking to the streets to protest against the military's control over the country, and have been demanding the release of the civilian leader, Aung San Suu Kyi and her aides.

However, these protests have been met with tear gas, rubber bullets, detentions and live rounds.

Considering the rising violence in the country, the US State Department had earlier, in mid-February, authorised a "voluntary departure of non-emergency US government employees and their family members," the department said in a statement.

However, with Myanmar observing the bloodiest days of protests, the department has now "updated that status to ordered departure".

"The Department of State made the decision to authorize ordered departure from Burma because the safety and security of US government personnel and their dependents, as well as private US citizens, is the department's highest priority," a spokesperson said.

As of now, the order has been issued for all non-essential diplomats. The status will be reviewed in 30-day increments, the spokesperson added.