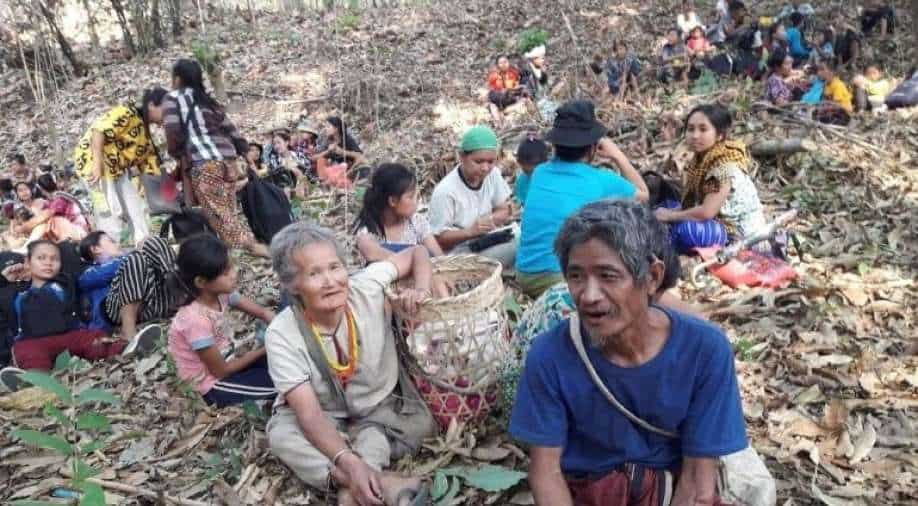 Escaping villagers from the Karen State are pictured in an unidentified location March 28, 2021 in this picture obtained from social media. Picture taken March 28, 2021 Photograph:( Reuters )

Demonstrators are leaving garbage on the main streets and intersections, urging everyone to do the same

Activists in Myanmar have been protesting against the military coup since it overtook the country’s establishments on February 1. In the aftermath of violent face-offs which have killed over 500 people in the country so far, activists are now finding creative ways to make their voices heard.

Now, protesters have taken up “garbage strikes” to oppose the military rule. Demonstrators are leaving garbage on the main streets and intersections, urging everyone to do the same.

On Monday alone, at least 14 civilians were killed by the military, as reported by the Assistance Association for Political Prisoners (AAPP). Out of these, eight were killed in Yangon’s South Dagon district. Security forces were seen firing a heavier calibre weapon than is common on Monday, while protesters hid for their lives behind a barricade.

Locals in the South Dagon region claimed that security forces had increased the frequency of crackdowns in the area, increasing fears of more fatalities.

A resident told Reuters that authorities were firing all night and that they had found a badly burned body on the street in the morning.

United Nations Secretary-General Antonia Guterres recently urged Myanmar’s generals to end the violence against protesters in the country. "This garbage strike is a strike to oppose the junta… Everyone can join”, a poster being circulated on social media claimed.

On the other hand, junta loudspeakers on Monday were urging residents in Yangon to dispose of their garbage properly.