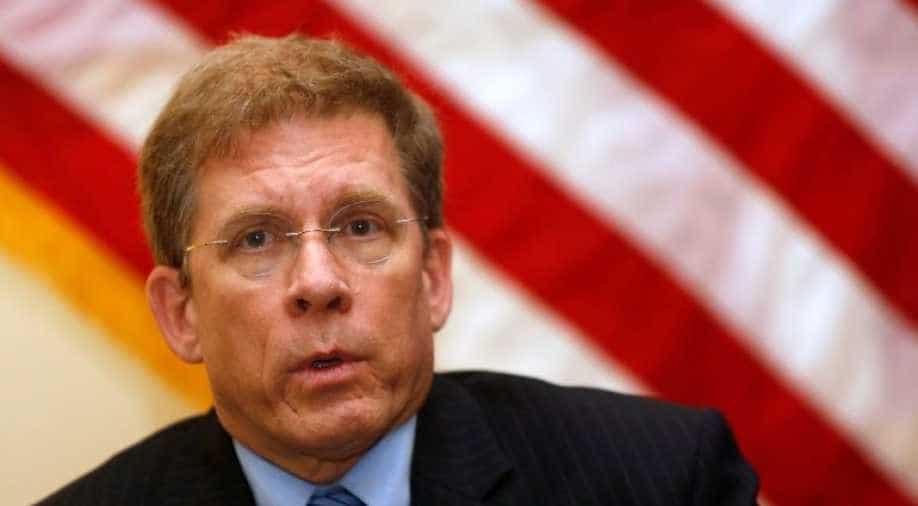 US Acting Assistant Secretary for Southeast Asia W. Patrick Murphy also said the United States was keen to help Pacific countries protect their sovereignty, in a region where the United States and is allies are competing for influence with China.

Pacific Island countries that have diplomatic ties with Taiwan should maintain them in the face of "heavy-handed" attempts by China to reduce Taiwan`s overseas contacts, a top US official said on Friday.

US Acting Assistant Secretary for Southeast Asia W. Patrick Murphy also said the United States was keen to help Pacific countries protect their sovereignty, in a region where the United States and is allies are competing for influence with China.

"Our encouragement on countries that have relations with Taiwan is to maintain the status quo," Murphy told reporters in Canberra, on a three-day visit to Australia.

China claims self-ruled and democratic Taiwan as sacred Chinese territory and merely a province with no right to state-to-state ties.

Taiwan is one of a growing number of flashpoints in the US-China relationship, which include a trade war, US sanctions and China`s increasingly muscular military posture in the South China Sea.

"China is changing (the) status quo, and the Pacific is a good example where China is attempting to reduce Taiwan’s diplomatic relations in the region," Murphy said.  "And that`s kind of heavy-handed."

"Countries should be able to make their own independent choices of their partners in diplomatic relations, and do so on the basis of domestic ingredients, not foreign influence."

China has offered to help developing countries including in the Pacific, and many see Chinese lending as the best bet to develop their economies. But critics say Chinese loans can lead countries into a "debt trap".

Murphy said the United States was very keen to help countries "protect their sovereignty and their independence, to have viable alternatives and options to meet their development needs, their infrastructure needs, and their nation-building needs".

Taiwan has formal ties with just 17 countries, almost all small, less developed nations in Central America and the Pacific, like Belize and Nauru.

Five countries have switched over to China since Taiwan President Tsai Ing-wen took office in 2016. Others such as the Solomon Islands, where two-thirds of exports go to China, are weighing the merits of diplomatic relations with Taiwan.

Although Pacific Island states offer little economically to either China and Taiwan, their support is valued in global forums such as the United Nations and as China seeks to isolate Taiwan.

"Taiwan is a core issue for China, and it will not be backing down on that. The comments do little to provide a way forward for the US-China relationship to be repaired," said James Laurenceson, director of Australia-China Relations Institute at the University of Technology, Sydney.

This year, President Xi Jinping renewed China`s longstanding threat to use force if necessary to bring Taiwan under its control.