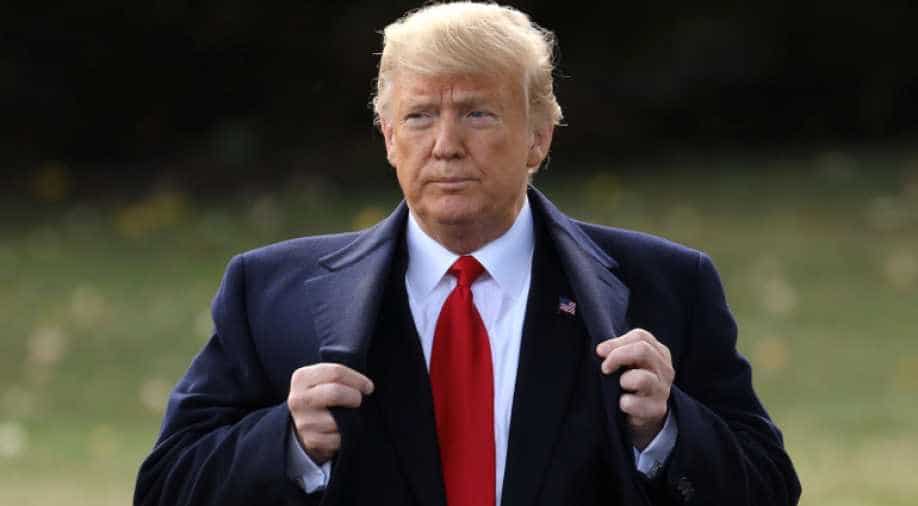 When Donald Trump met with advisers about his plans for campaign appearances in the final weeks for the battle for control of the US Congress, the president surprised them by insisting they add more events to an already-crowded schedule.

His strategy for the final stretch has been simple: Drive Republican turnout by focusing on an issue that appeals to his core supporters - illegal immigration - using as a foil a large group of Central American migrants making their way slowly through Mexico towards the US border.

And he aimed to keep talking about how Democrats tried to block Brett Kavanaugh from ascending to the US Supreme Court, plus economic gains in the country under his watch.

"This will be the election of the Kavanaughs and the caravans and law and order and tax cuts," Trump told a rally in Charlotte, North Carolina, on October 26.

Trump's desire to focus on red-meat issues was rattled by two shocking cases of political violence as he ploughed into an eight-state blitz ahead of Tuesday's congressional elections.

Non-stop cable TV coverage of pipe bombs mailed to prominent political opponents of Trump and of a mass shooting at a Pittsburgh synagogue upended his goal of dominating the news. And the freewheeling format of his rallies can complicate the White House`s efforts at delivering a carefully crafted closing message to voters ahead of the elections.

Trump has had to divert from his usual stump speeches and make a rare appeal for political unity, even as he is accused of stoking divisions with his scathing attacks on key Democratic figures and figures in the US news media.

Given the media's focus on the twin calamities, Trump and his aides are struggling to keep up the momentum ahead of the November 6 vote, which will determine whether Trump`s fellow Republicans retain majorities in the Senate and House of Representatives.

Trump upped the ante on Tuesday, saying he would issue an executive order curtailing so-called "birthright citizenship" to try to prevent babies born to undocumented immigrants from being automatically American citizens.

Such an order would immediately be challenged in federal court as unconstitutional, and some of Trump's network of outside advisers worried the president was creating an unnecessary distraction.

"The president is making a mistake when he’s trying to roll out a new immigration policy that is undeniably going to be stopped in the federal courts," said one Trump confidant, who asked not to be identified.

The White House countered criticism of Trump`s proposal by saying there is a wider need for reforms. "We have massive loopholes in our immigration system that we have to close," spokeswoman Sarah Sanders said on Fox News.

Opinion polls indicate that Democrats have a good chance of making the net gain of 23 seats they need to win control of the House, but are less likely to capture a majority in the Senate.

Trump's final blitz of campaigning includes 11 rallies in eight states, mostly focused on US Senate races. They include two stops in Florida, two in Missouri and visits to West Virginia, Indiana, Montana, Georgia, Tennessee and Ohio - all states Trump won in the 2016 presidential election.

Trump and his aides believe putting him in front of crowds will help convince voters who provided him with his upset victory in 2016 to turn out in a midterm election, when turnout is typically lower than in presidential years.

"These huge crowds - Donald Trump is still the only person who comes without a band, an instrument, a singing voice or a sermon to pack these houses," said senior Trump adviser Kellyanne Conway.

Republican Senator Jeff Flake, who is retiring and who has been a steady critic of the president, said Trump should be using his microphone to unite, not divide Americans after the mailed pipe bombs and the killing of 11 people at the synagogue.

“These events are horrific enough, so we ought to try to make something good come from the tragedy. Something good would be to unify the country and moving away from this kind of rhetoric. That’s what he hasn’t done," the Arizona senator told Reuters in a telephone interview.

The White House said Trump will continue to draw a contrast with his Democratic opponents.

Trump aides acknowledge that holding onto the House is a challenging prospect, and say Republicans` goal this year is to minimise losses.

"The party in power usually loses many seats and there are 43 Republican retirements and I think that this a massive hole to dig out of," said Conway.

If Democrats take over the House, Trump`s administration will suddenly be exposed to congressional investigations that would weigh heavily on him for the next two years.

Major legislation would also likely fall to the wayside, such as his signature bid to build a wall along the U.S. southern border with Mexico to thwart illegal immigration.

But for Trump personally, there could be benefits.

A Democratic House would give him a target ahead of his 2020 re-election campaign and would probably prompt what some consider house-cleaning in the Republican hierarchy in Washington - changes that could usher in more Trump allies.

Perhaps preemptively seeking a silver lining, the Trump confidant struck a contrarian tone and said Republicans winning both chambers of Congress would be a negative for Trump "because there