US midterm polls 2018: How elections could ripple through markets 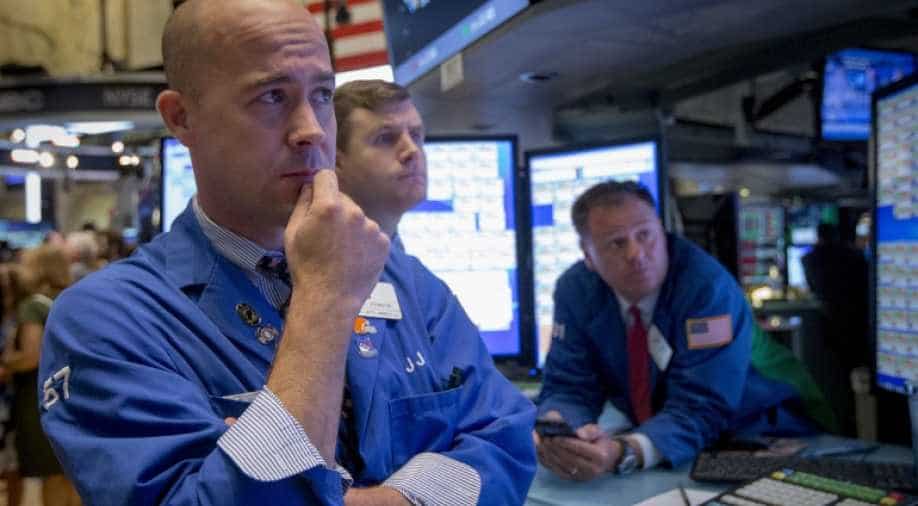 Gridlock, Blue Sweep or Red Repeat? Wall Street is closely watching the US midterm Congressional elections next week, as policy decisions that could sway the economy, corporate decision-making and consumer spending hinge on the results.

Should his fellow Republicans maintain or extend their grip on Congress, President Donald Trump may be emboldened to pursue more of his political agenda, including further tax reforms.

By contrast, Democratic gains that allow the party to control the House of Representatives, and possibly the Senate, could stifle Trump's policy aims and perhaps lead to attempts to impeach him.

Investors are bracing for a split Congress, in which Democrats win the House but Republicans hold the Senate, a reflection of current polling data and online betting markets.

Sentiment could change though in the last week before the November 6 elections and investors are quick to recall that Trump was losing in polls ahead of his surprise victory in the presidential election of 2016.

Midterm congressional elections "typically are not a major US market event, let alone a global market event, but this time may be different," Citigroup analysts wrote in a recent note.

Here is a look at how the election results could affect different asset classes:

A Democratic takeover of the House might spook the stock market because of concerns about political instability, including hearings involving the Trump administration.

But the fall in US stock prices this month may be increasingly pricing in such a split Congress, so that scenario may not significantly shake the market.

Even if Democrats win the House, legislative gridlock may reduce the chances of major policy changes if Republicans retain control of the Senate.

However, an infrastructure spending package is one area where Trump and Democrats could find compromise that boosts equities.

A Democratic sweep of the House and Senate would likely surprise the market and prompt a sell-off in stocks.

The potential for Democrats to alter Trump's tax-cut package or to start impeachment proceedings could jar investor and business confidence.

A Republican win that allows them to retain total control of Congress could lift stocks as it would increase the chances of more tax reform and further de-regulation.

The market would keep one eye on the Federal Reserve though if Congress were to stimulate economic growth further with more tax cuts or spending which may push inflation higher and lead to higher interest rates.

A Republican victory could also embolden Trump to pursue his protectionist international trade policies with even more import tariffs.

"The initial reaction might be positive, but there are some negative potential consequences to it if there is no real check on administration policies," said Rick Meckler, partner at Cherry Lane Investments in New Vernon, New Jersey. "Those policies, both in trade and in taxes, have been pretty inflationary."

If the Republicans retain both the House and Senate the US dollar may benefit, analysts said. Given the disruption to international product supply lines and rising input costs resulting from Trump's tariffs, the dollar is perceived as a safe haven and it strengthened after levies were imposed on Chinese, European, and Canadian imports this year.

A divided Congress, however, is perceived as negative for the dollar, analysts said, because it is unlikely that any new fiscal stimulus could be launched to counterbalance forecasts of slowing US economic growth next year.

A Democratic sweep of Congress could also undermine the dollar, if it leads to complete gridlock in Washington DC as it raises the risk of government shutdowns and suggests a more volatile political environment ahead of the 2020 US presidential election.

A Democratic Congress could roll back some of the Trump administration's trade policy measures and help other currencies such as those in emerging markets, analysts said.

The outlook for emerging markets is linked to US dollar strength and trade policy tensions. Emerging market assets will likely respond inversely to movements in the US dollar after the elections.

A Democratic takeover of one or both chambers of Congress would reduce the tension in trade talks with China according to Bertrand Delgado, director of emerging markets at Societe Generale in New York.

A Republican sweep could translate into a selloff in emerging market assets as international trade spats would be expected to continue. China has weighed the most on emerging market equities following a slowdown in economic growth due to the trade war with the United States.

Should Democrats take one or both chambers of Congress, further efforts to change the tax code would likely stall, but Democrats may be unable to roll back the Republican tax cuts enacted last December or to increase spending on social programs.

As a result the federal deficit will be unlikely to grow at a faster rate or require additional borrowing than is currently forecast and this could be mildly positive for bond prices.

“We are looking for a split government which means nothing will get done,” said Gennadiy Goldberg, interest rate strategist at TD Securities in New York.

One caveat: If a split government leads to a government shutdown as a negotiation tool, it could spur safe-haven bids for US Treasuries.

If Republicans retain their edge in Congress, the fiscal outlook is complicated by how they will tackle the budget deficit.

They might attempt more tax changes which can increase the deficit. Any changes may be offset by efforts to cut entitlement programs or to end the Affordable Care Act though the net impact on federal borrowing is unclear.