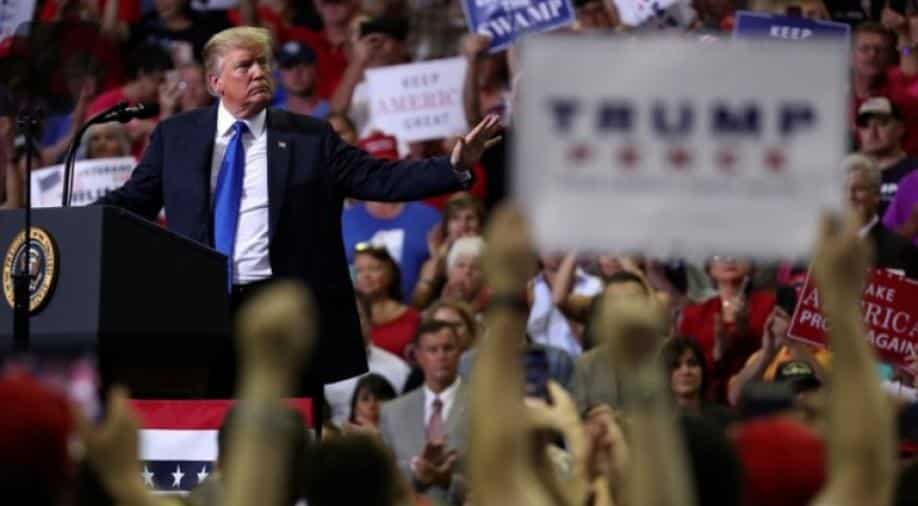 While some Twitter users have compared this ad to George Bush's racist ad on Willie Horton, others called it "a new low in campaigning".

Just five days before the midterm elections in the US, President Donald Trump and his Republican Party have posted an advertisement which has infuriated the online world.

"It is outrageous what the Democrats are doing to our Country. Vote Republican now!" Trump has said in his tweet.

It is outrageous what the Democrats are doing to our Country. Vote Republican now! https://t.co/0pWiwCHGbh pic.twitter.com/2crea9HF7G

The ad - produced for the Trump campaign - features Luis Bracamontes, a Mexican man who had previously been deported but returned to the US and was convicted in February in the killing of two California deputies.

"I'm going to kill more cops soon," a grinning Bracamontes is shown saying in court as captions flash across the screen reading "Democrats let him into our country. Democrats let him stay".

While some Twitter users have compared this ad to George Bush's racist ad on Willie Horton, others called it "a new low in campaigning".

Response of @JeffFlake to this new Trump ad: “This is just a new low in campaigning. It’s sickening.” https://t.co/f6oyjId6O7

Can we please not spend the next 5 days - or even the next one day -talking about this ad? That would be exactly the reaction Trump wants, as it would keep us from talking about healthcare or jobs or climate change or the rampant corruption of the Trump admin

Five days before the midterm elections Trump tweeted the most extreme step yet in the most inflammatory closing argument of any campaign in recent memory. His campaign ad was the latest example of his willingness to lie and fear-monger.

The ad also flashes footage of the migrant caravan of Central American asylum seekers that is currently in Mexico.

"Who else would Democrats let in?" a caption asks.

The ad recalls the notorious "Willie Horton" campaign financed by supporters of the former President George Bush's campaign in the 1988 presidential election.

Horton was a man and convicted murderer who committed rape while furloughed under a programme in Massachusetts where Democratic nominee Michael Dukakis was Governor.

The ad has since been deemed as one of the most racially problematic in modern political history since it played into white fear and African-American stereotypes, CNN said.

Reacting to the ad, Democratic National Committee Chairman Tom Perez said on Wednesday night the ad was a sign of desperation and suggested that Trump was losing the argument over health care that is at the centre of the Democratic campaign.

"This is distracting, divisive Donald at his worst," Perez told CNN.

"This is fear mongering... They have to fear monger and his dog whistle of all dog whistles is immigration. This has been Donald Trump's playbook for so long."